Up some then back down some, still at a very low rate off of a negative Q1: 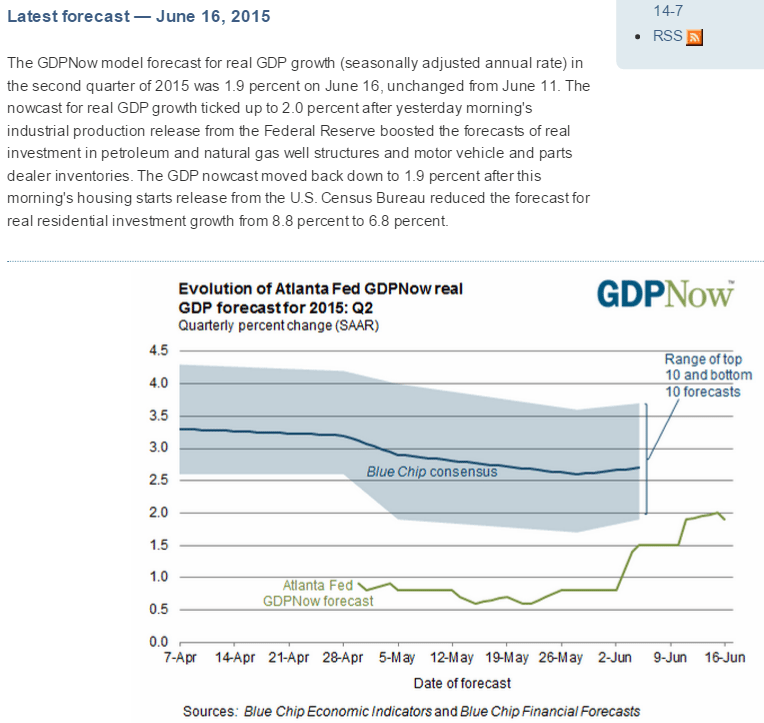 Down a bit but still positive, as is most all of the euro zone now with the euro at current levels:

Highlights
The seasonally adjusted trade balance was in a E3.5 billion surplus in April, short of a marginally downwardly revised E3.8 billion in March and the smallest excess since September 2014.

The modest deterioration reflected a 0.8 percent monthly fall in exports, their first decline since December, as imports were flat after three successive months of growth. Compared with April 2014 exports rose 9.0 percent, little different from their end of quarter rate (9.1 percent) while imports increased 9.3 percent, also much in line with the previous month’s rate (9.7 percent).

The monthly change in exports was hit by falls in capital goods (3.9 percent) and intermediates (0.4 percent) but boosted by consumer goods (1.3 percent) and, in particular, energy (9.9 percent). Excluding energy exports fell a sharper 1.1 percent. Imports saw broad-based declines amongst the major categories and would have dropped versus March but for an 8.8 percent bounce in energy.

The latest data leave the trade gap at the start of the second quarter some 13.1 percent below its average in the first quarter. In part this will reflect higher oil costs but it also increases the risk of another negative contribution from net exports to real GDP growth.

Back down, not good, but now looking like it was a modest blip up in front of a feared increase in mtg rates that accelerated a few purchases. Still about 15% over last year which just about makes up for the loss of all cash purchases, indicating similar sales but with a shift towards more financing:

Highlights
Volatility in interest rates is making for volatility in mortgage applications which fell sharply in the June 12 week, down 4.0 percent for the purchase index and down 7.0 percent for the refinancing index. Mortgage rates moved sharply higher in the week, up 5 basis points for the average 30-year conforming loan ($417,000 or less) to 4.22 percent. But rates have since been coming down this week, following the 10-year Treasury note which, after spiking near 2.50 percent last week, is back near 2.30 percent.

From the MBA:Mortgage Applications Decrease in Latest MBA Weekly Survey

Mortgage applications decreased 5.5 percent from one week earlier, according to data from the Mortgage Bankers Association’s (MBA) Weekly Mortgage Applications Survey for the week ending June 12, 2015. …

And here’s a chart of housing starts on a per capita basis. It’s not yet up to prior recession lows: 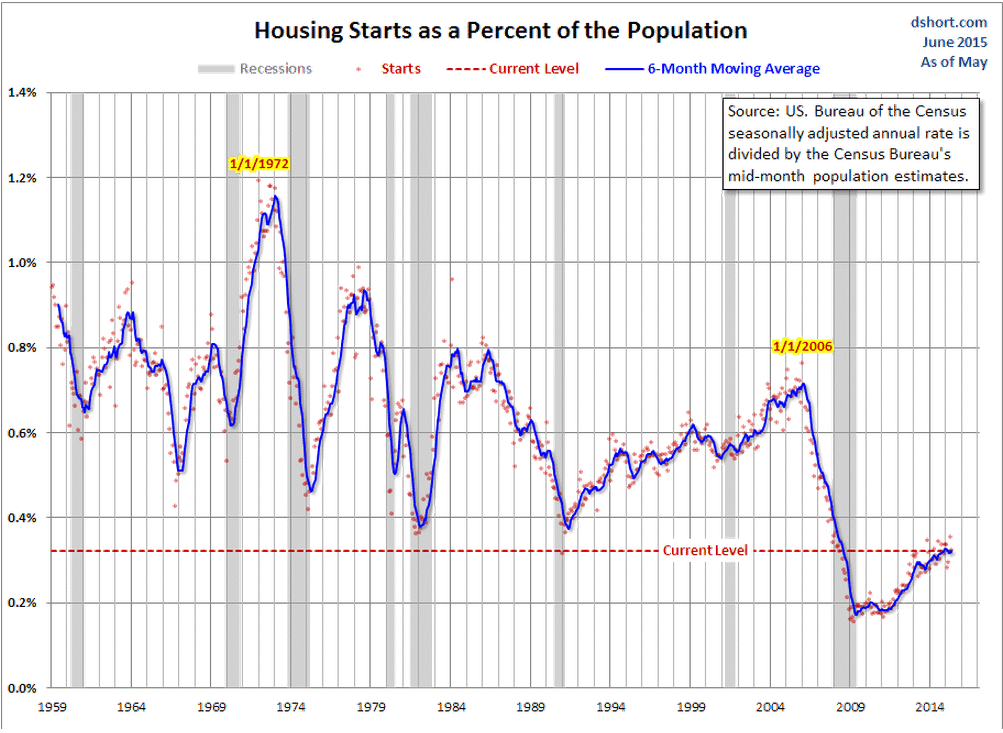 The Saudis continue to hold the price in $ constant, however the spread between West Texas and Brent has narrowed, indicating US production may have peaked and be in at least relative decline. This follows the narrative that the collapse in operating drilling rigs leads to production declines as existing wells see their output decline over time. 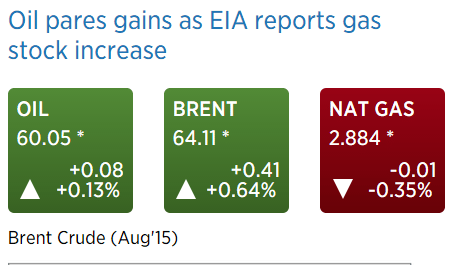