Wells pulling back some on sub prime auto loans:

And banks in general fighting this: 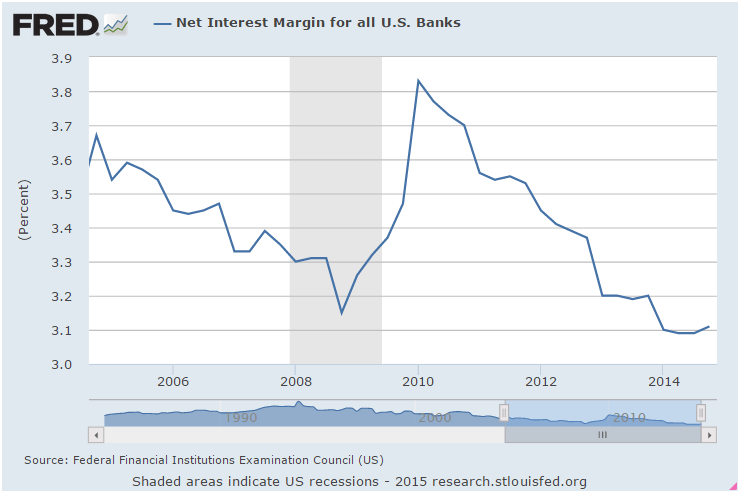 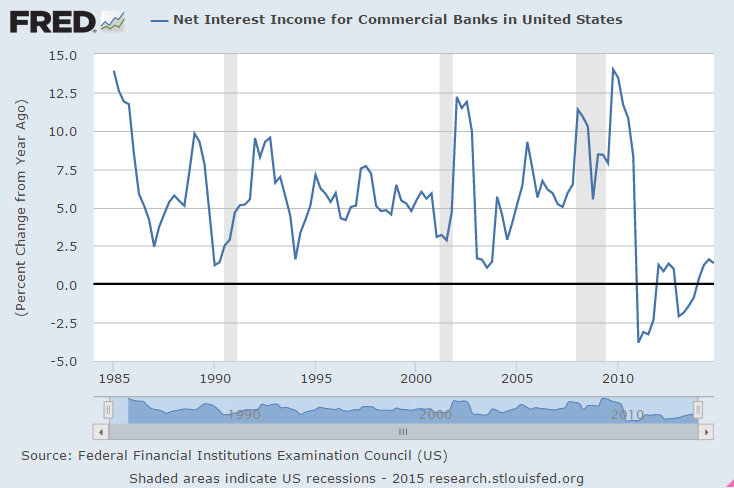 A bit worse than expected. Fewer dollars spent, but more ‘real things’ purchased due to lower prices, but any calculation of a deflator with the large drop in oil prices is problematic:

Highlights
In January, personal income was moderately healthy as was spending after price effects are discounted. Personal income posted a gain of 0.3 percent after growing 0.3 percent in December. January fell short of analysts’ forecast for a 0.4 percent boost. The wages & salaries component jumped 0.6 percent, following a rise of 0.1 percent the prior month.

But weakness in current dollar spending was price related as chain-weighted (price adjusted) personal spending came in at 0.3 percent, following a 0.1 percent dip in December. January actually is a good start for first quarter GDP in the PCE component.

Income growth was moderately healthy in January. The consumer sector has fuel for spending-especially in the important wages & salaries component. Inflation is low and well below the Fed’s target of 2 percent year-ago inflation, meaning the Fed likely will stick with no rate hike before June. 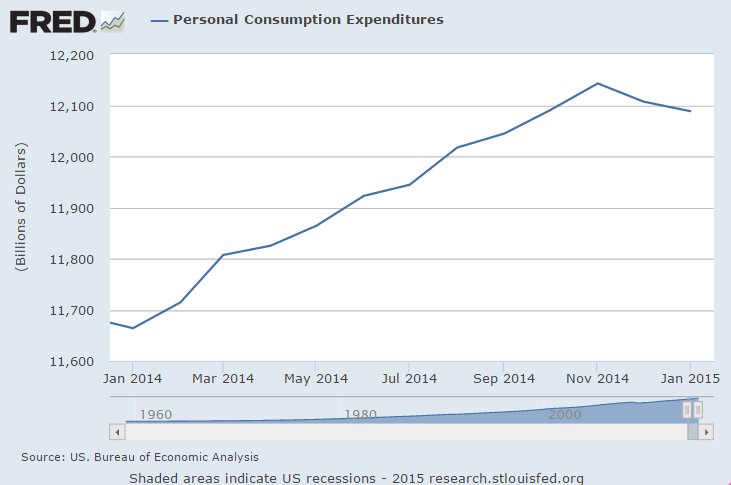 From the GDP report, through Q4: 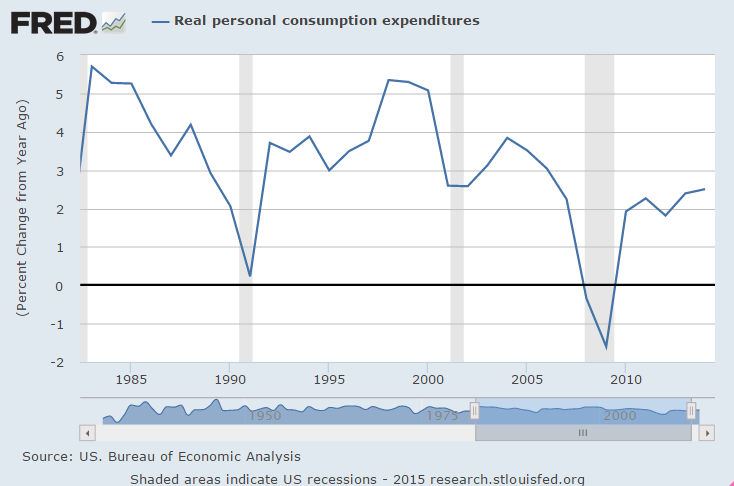 The monthly number shows January 2015 did better than January 2014 when the winter was particularly cold: 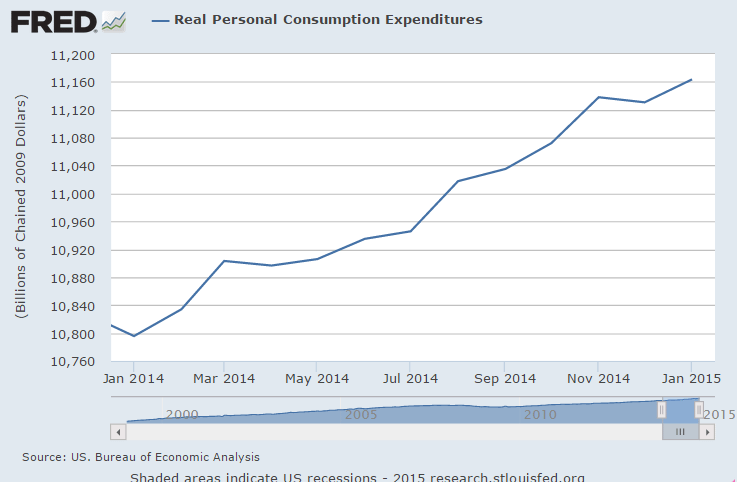