Revised up but for the worst reasons possible- unsold inventories were higher. Also, consumption expenditures were a bit lower, and note the deceleration of GDP growth on the chart. And in all likelihood Q1 GDP is now being reduced by inventory liquidation substituting for production:

Highlights
An upward revision to inventory growth made for an upward revision to the second estimate of fourth-quarter GDP, to an annualized plus 1.0 percent rate for a 3 tenths increase from the initial estimate. But, given slowing in demand during the quarter, the gain for inventories, at $81.7 billion vs an initial estimate of $68.6 billion, very likely reflects a build in unwanted inventories.

A clear negative in today’s report is a downgrade for personal consumption expenditures, to an annualized plus 2.0 percent in the quarter vs an initial estimate of 2.2 percent. Otherwise, revised readings are steady to unchanged with non-residential investment, hit by the mining and energy sectors, down at a 1.9 percent rate and exports down at an even steeper 2.7 percent rate. Residential investment remains the big plus, rising at an 8.0 percent rate. But final sales were slow in the quarter, up only 1.2 percent.

The economy, held down by weak exports and weak business investment, fumbled into year-end 2015, but the early outlook for the first quarter calls for a turn higher to trend growth, perhaps as much as 3 percent. Key data for the first quarter will be posted later this morning with the January personal income and expenditures report.

Worse than expected which means GDP is running that much less then expected:

Highlights
In a report pointing to economic weakness, the nation’s trade gap in goods widened 1.2 percent in January to $62.2 billion as exports fell 2.9 percent to offset a 1.5 percent fall in imports (imports are a subtraction in the national accounts). Exports fell across the board including industrial supplies at minus 3.0 percent in the month and capital goods down 2.3 percent. The decline in imports included a steep 6.8 percent drop in industrial supplies and a 2.4 percent decline for capital goods. The declines in industrial supplies are tied in part to low prices for oil and petroleum products while the declines in capital goods points to lack of global confidence in the business climate and lack of business investment in global productivity. This report represents the goods portion of the monthly international trade report which will be posted next Friday.

Better than expected, as spending was up from a very low December and a weak q4 that was today further revised down. And note that these number as well are subject to revisions over the coming months, with the spending numbers somewhat at odds with sales reports.

Highlights
There’s plenty of life in the consumer. Personal income jumped 0.5 percent in January as did consumer spending, both readings higher than expected. Also higher than expected are the report’s inflation readings especially the core PCE which rose 0.3 percent for a year-on-year plus 1.7 percent.

Details are solidly positive with components on the income side led by wages & salaries, up a very strong 0.6 percent for the third large gain of the last four months. And consumers didn’t draw from savings on their January shopping spree, with the savings rate unchanged at a very solid 5.2 percent.

Components on the spending side are led by durable goods which jumped 1.2 percent and reflect strong vehicle sales in the month. Spending on services rose 0.6 percent in the month.

But the big story of the report is the core PCE, especially the year-on-year rate which is up from 1.4 percent to 1.7 percent and is pointing confidently toward the Fed’s 2 percent line. Total prices, which include food and energy, rose only 1 percent but the year-on-year rate for this reading has been on a tear, moving from about zero late last year to plus 1.3 percent in January.

Economic news outside of the consumer has been soft but today’s report is a reminder that the nation’s most important supporter is alert and in the driver’s seat. A strong consumer, who is benefitting from a strong labor market, together with the upward pivot for inflation will not make policy makers comfortable at next month’s FOMC where a rate hike, though long dismissed, may be a serious topic of discussion. 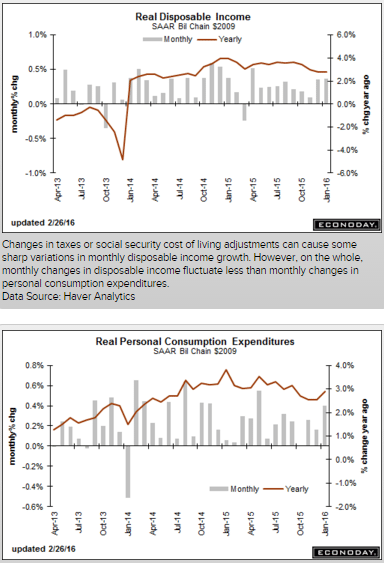 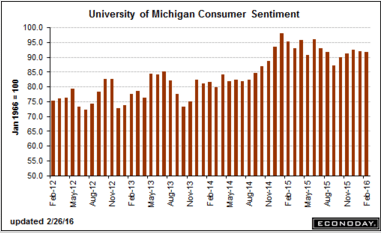 China considers itself bound by that treaty too??? Good luck to them. 4% isn’t near high enough to replace the lost private sector credit growth needed to sustain output and employment:

China could raise budget deficit to 4% of GDP:central bank official

Feb 25 (China Daily) — China could raise its budget deficit to 4 percent of GDP or even higher to offsetthe impact of reduced fiscal revenue and to support broader reforms, a central bank official said. In an article published by “The Economic Daily,” director of the central bank’s surveys andstatistics department Sheng Songcheng said the deficit increase would not incur biginsolvency risks for the government. China raised its budget deficit to 2.3 percent of GDP in 2015, up from 2.1 percent in 2014. A3-percent deficit ratio, as stated in the 1992 Maastricht Treaty, is normally considered a redline not to be crossed.

My book intro talk in Germany: 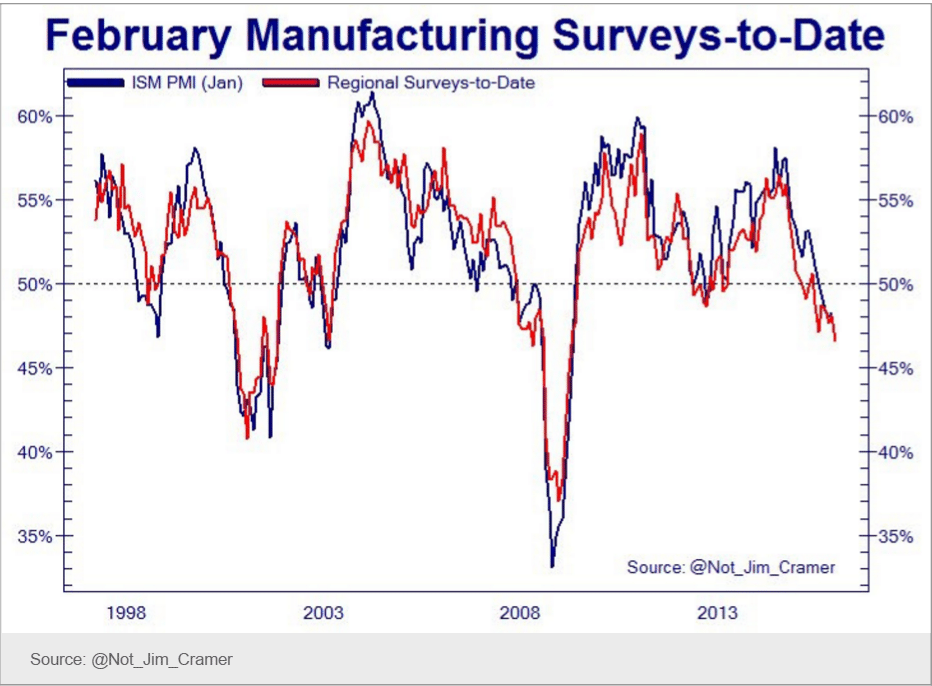