By Serene Cheong and Sharon Cho

(Bloomberg) — World’s biggest crude exporter may reduce premium by 20c/bbl for Oct. sales of Arab Light grade to Asia, accord. to median est. in Bloomberg survey of 7 refiners and traders.

Sept. OSP was raised by 50c vs increase of 70c estd. in Bloomberg survey

Fcasts from 7 participants range from no change to 30c less than OSP for Sept. 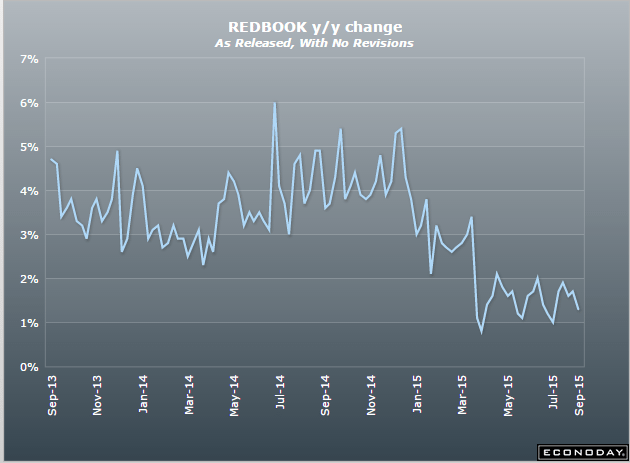 Highlights
The ISM index, at a lower-than-expected 51.1, is signaling the slowest rate of growth for the factory sector since May 2013. And the key details are uniformly weak.

ISM’s sample wasn’t hiring much in August, at 51.2 for a 1.5 point decline from July and the weakest reading since April. Production slowed and prices paid, at only a 39.0 level last since in March, points to deflationary pressures.

The good news for the economy is that this report failed to pick up the auto-led surge that lifted the factory sector noticeably in June and July. Still, the ISM is followed closely and will raise doubts, justifiably or not, over a September 17 rate hike. 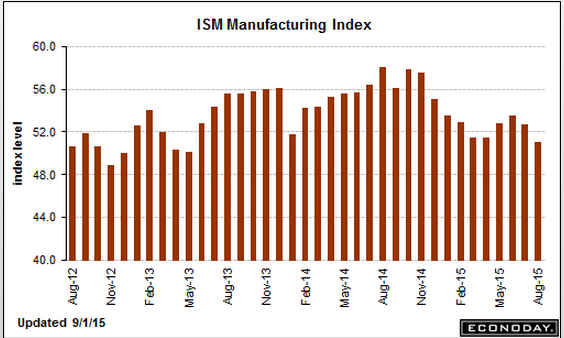 Still climbing but note that multifamily is falling off since the NY tax breaks expired:

Private residential construction rose 1.3 percent in July with construction spending on single-family homes up 2.1 percent vs a 0.5 percent gain in June that was initially reported at a 0.3 percent contraction. Spending on the more volatile multi-family category, which is much smaller in scale, fell 2.2 percent after spiking 5.5 percent in June. Year-on-year, both categories show robust gains, at 15.8 percent for single-family homes and 21.2 percent for multi-family.

Turning to private nonresidential construction, spending rose 1.5 percent in the month. In gains that belie concerns over weakness in business investment, manufacturing was very strong at plus 4.7 with power and transportation both at plus 2.1 percent in the month. But spending on public construction was negative, at minus 3.0 percent for educational buildings and minus 0.2 percent for highways & streets.

Housing and construction, which are domestic sectors insulated for global volatility, are posting some of the best numbers of any sectors in the economy right now and look to give 2015 substantial support.

These numbers aren’t inflation adjusted, so you can see real construction is still far below prior levels: 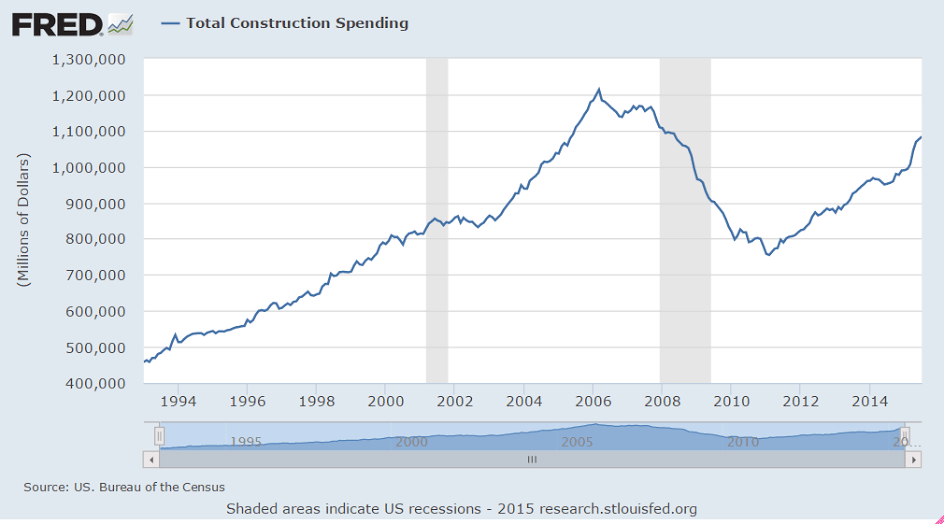 The last spike correlates with the NY tax break that ended June 15, so it may be in the process of reversing: 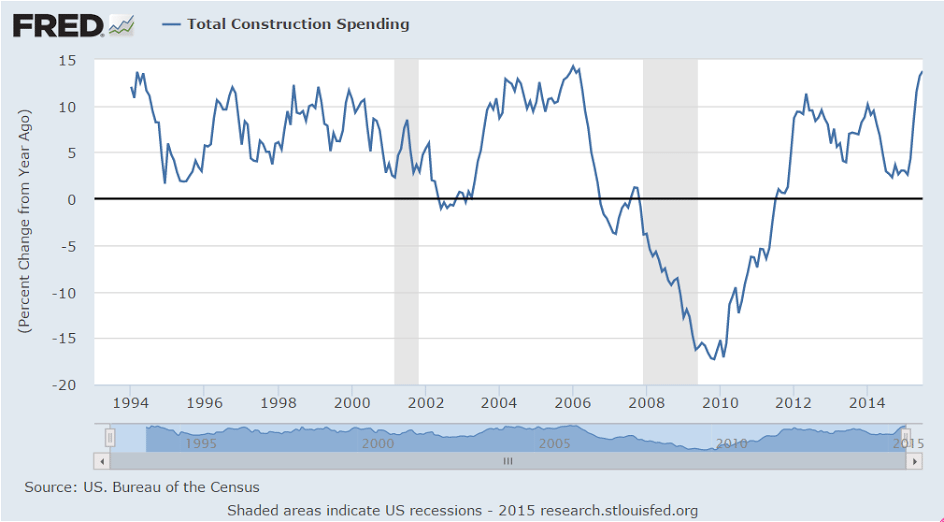 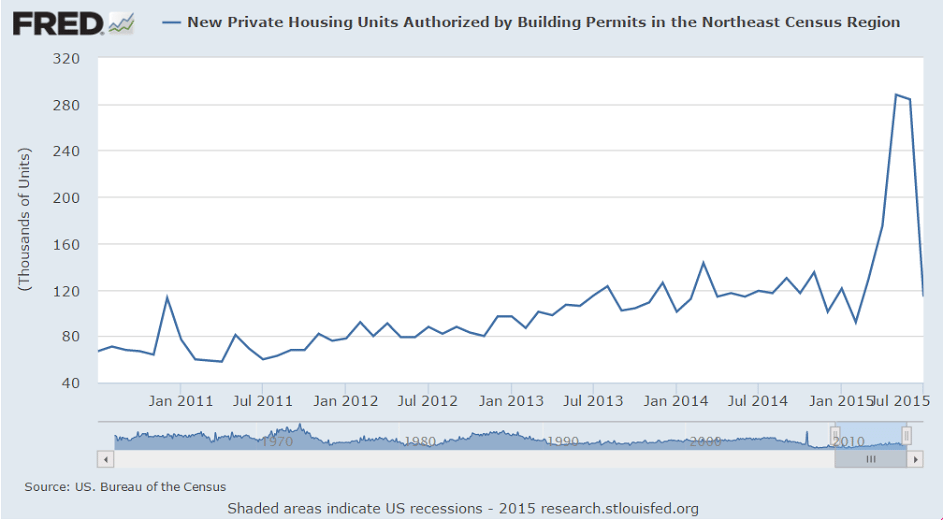 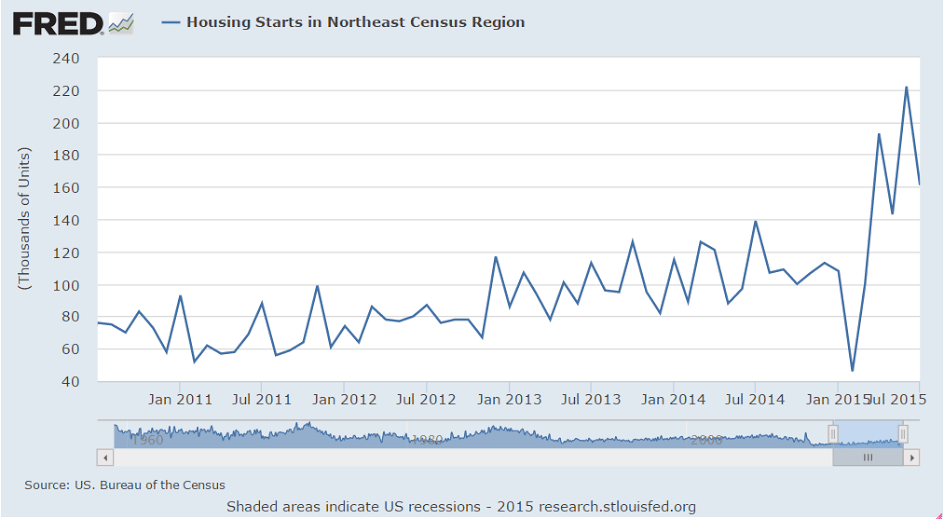