The Fed is looking for ‘some improvement’ in the jobs market. But looks like deterioration to me? The number of jobs fell for the second straight month, the year over year growth rate continued to fall, the unemployment rate and the participation rate were unchanged, earnings growth remains very low. All that went up was hours worked, by less than a tenth.

Highlights
The numbers aren’t spectacular but they’re solid enough to keep a September rate hike in play. Non-farm payrolls rose just about as expected, up 215,000 in July with upward revisions adding 14,000 to the prior two months. The unemployment rate is unchanged at 5.3 percent. Wages show some traction, up 0.2 percent in the month with the year-on-year rate over 2 percent at 2.1 percent. The average workweek is up, rising to 34.6 hours from a long run at 34.5. The labor force participation rate, which dropped sharply in June, held at 62.6 percent.

Other details look surprisingly solid with payrolls rising 60,000 in trade & transportation, for a third straight strong gain, and professional & business services rising 40,000 to extend their long healthy run. Retailers continue to add jobs, up 36,000 for their third straight strong gain with the motor vehicle subset up 13,000 and reflecting the strength of car sales. Manufacturing, which is usually weak, rose a notable 15,000 in the month with construction, where lack of skilled labor is being reported, showing a modest gain of 6,000.

Another plus in the report is a decline in Janet Yellen’s favorite reading, the broadly defined U-6 unemployment rate which is down a notch to 10.4 percent. If the August employment report a month from now looks this good, a rate hike at the September FOMC will be a lock. 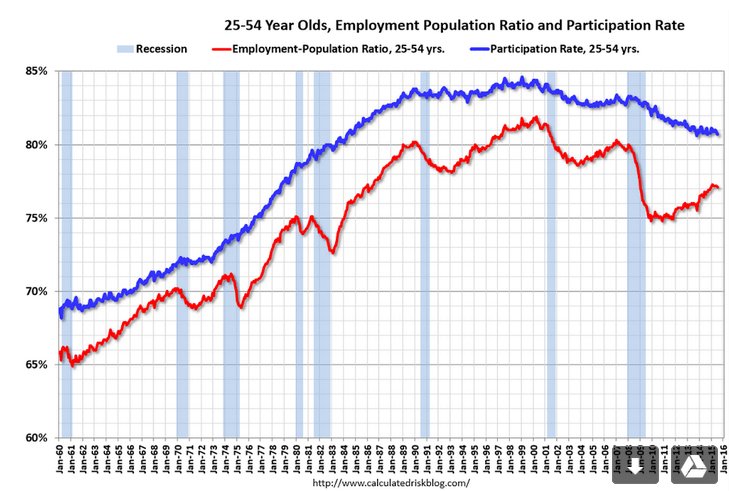 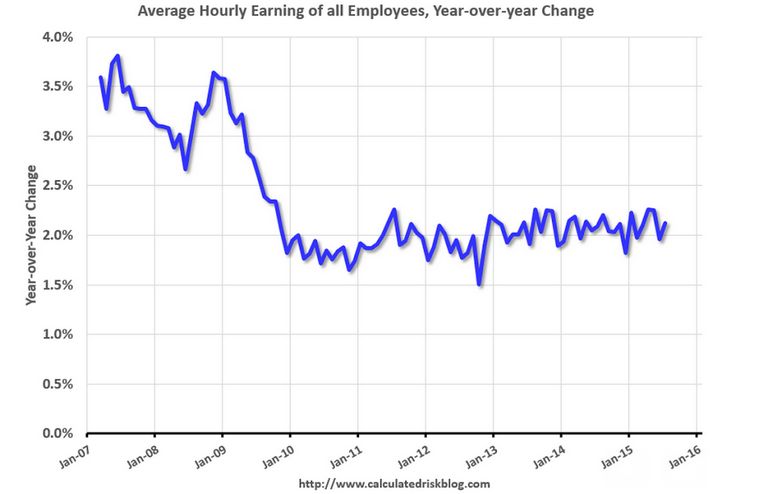 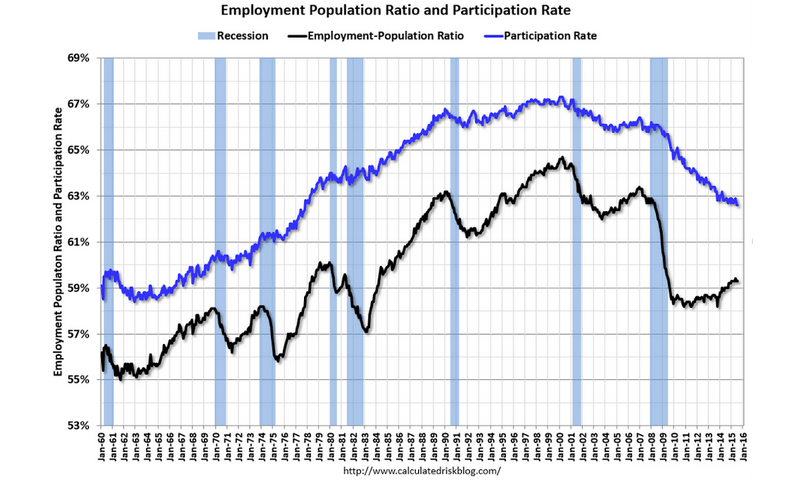 The first GDPNow model forecast for real GDP growth (seasonally adjusted annual rate) in the third quarter of 2015 was 1.0 percent on August 6. The model projects that lower inventory investment will subtract 1.7 percentage points from third quarter real GDP growth. Real GDP grew 2.3 percent in the second quarter according to the advance estimate from the U.S. Bureau of Economic Analysis. 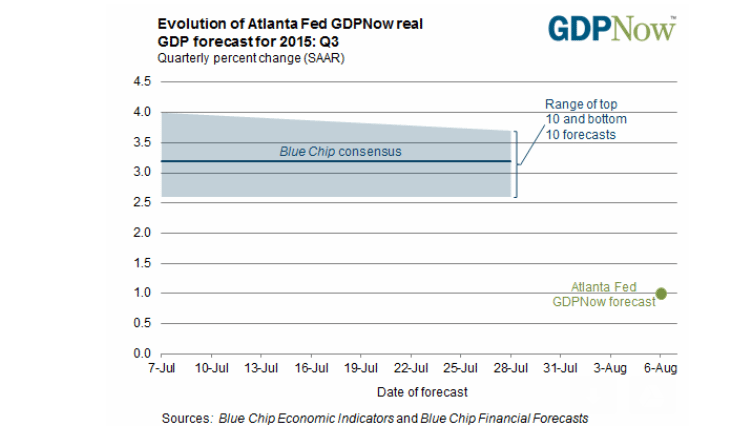 Econintersect: Week 30 of 2015 shows same week total rail traffic (from same week one year ago) contracted according to the Association of American Railroads (AAR) traffic data. Intermodal traffic contracted year-over-year, which accounts for approximately half of movements. and weekly railcar counts continued in contraction.