No positive change here yet: 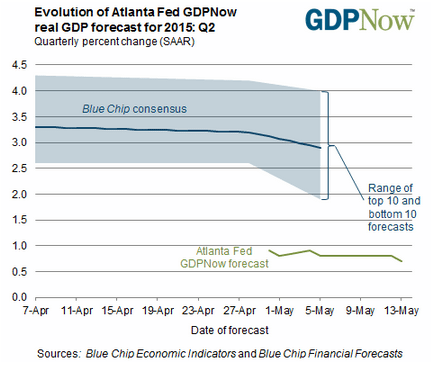 This was supposed to rebound:

May 18 (Calculated Risk) — Note: LA area ports were impacted by labor negotiations that were settled on February 21st. Port traffic surged in March as the waiting ships were unloaded (the trade deficit increased in March too), and port traffic declined in April.

The 2nd graph is the monthly data (with a strong seasonal pattern for imports).

LA Area Port TrafficUsually imports peak in the July to October period as retailers import goods for the Christmas holiday, and then decline sharply and bottom in February or March (depending on the timing of the Chinese New Year). 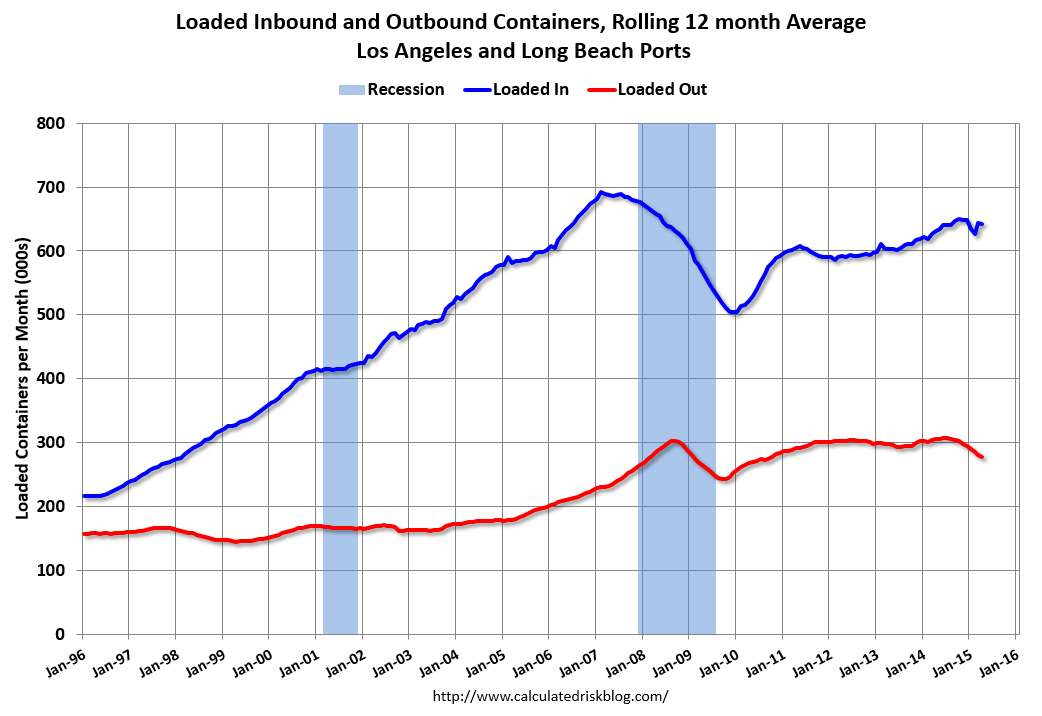 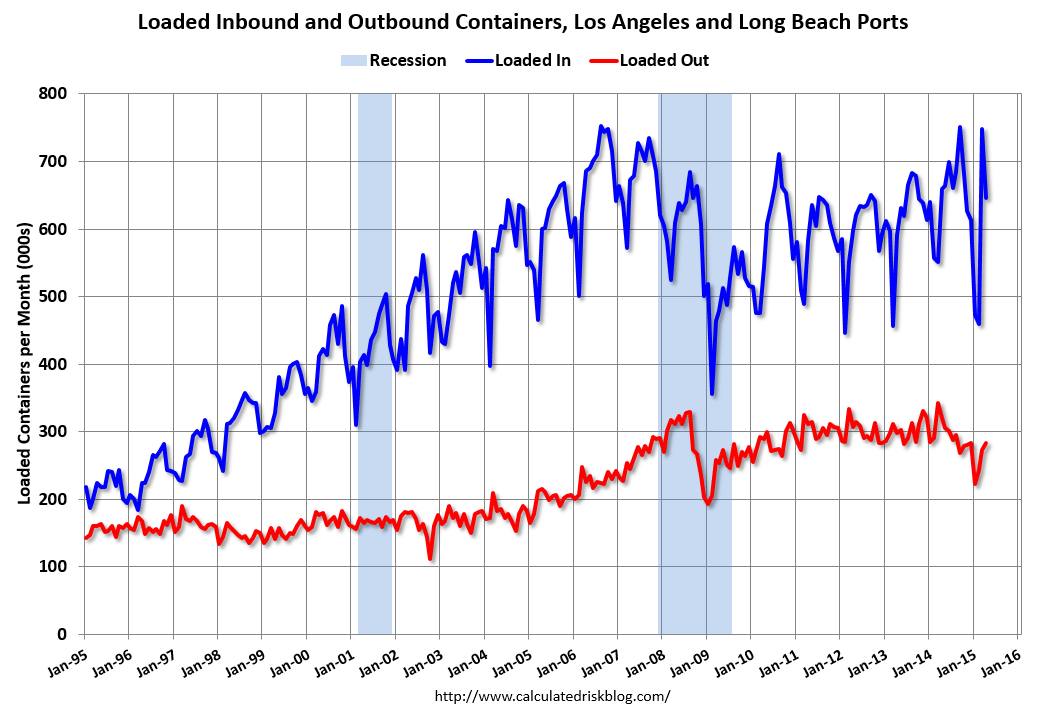 A bit on the weak side, to say the least, and even with negative rates and QE…
;)

Solid improvement here. First good number in quite a while.
The 5 month average is almost back to where it was in November…

Highlights
There were hardly any indications before today, but the spring housing surge is here. Today’s housing starts & permits report is one of the very strongest on record with starts soaring 20.2 percent in April to a much higher-than-expected annual rate of 1.135 million with permits up 10.1 percent to a much higher-than-expected 1.143 million. Both readings easily top the Econoday high-end forecast of 1.120 million for each. The gain for starts is the best in 7-1/2 years with the gain in permits the best in 7 years. Today’s report is an eye-opener and will re-establish expectations for building strength in housing, a sector held down badly in the first quarter by severe weather. 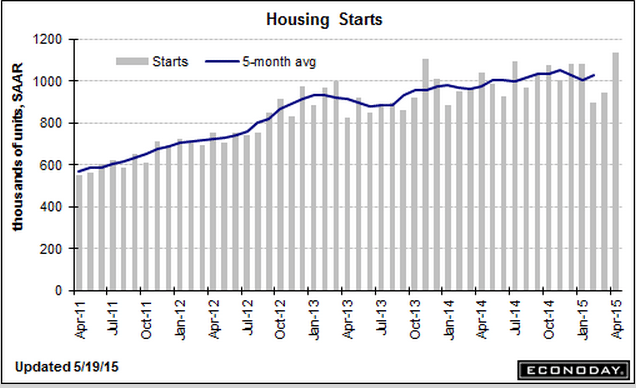 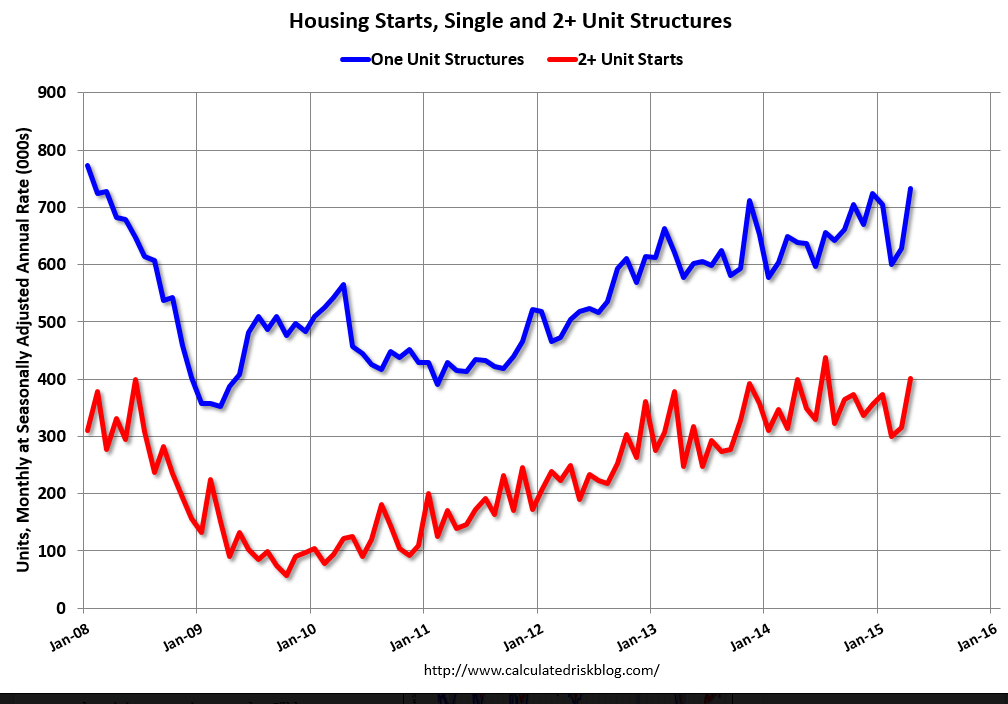 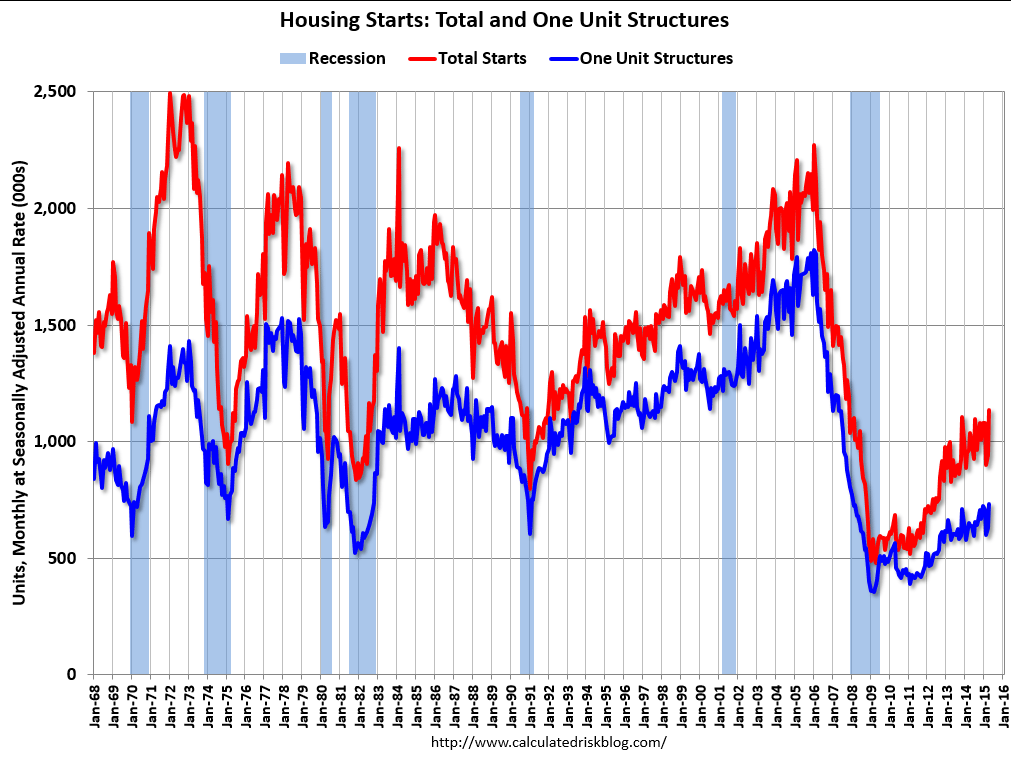 Half way through May and this one isn’t bouncing back: 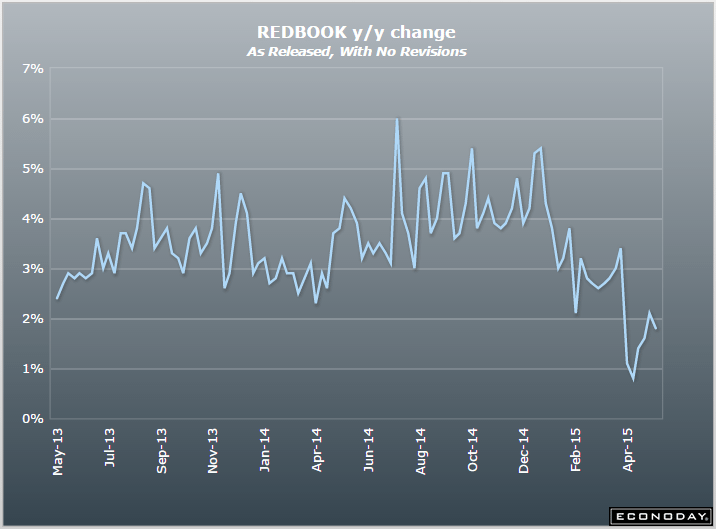