So just like Japan, as soon as the economy starts doing a bit better we hike taxes. Still too early to say how the FICA hike will impact sales and profits, but it will. And spending cuts are on the way, though they may be delayed. 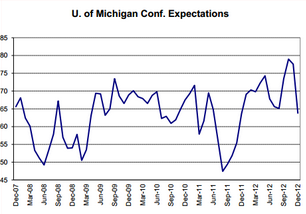 Not to forget the debt ceiling thing about to be kicked 3 months down the road as it stands guard to ensure ‘meaningful’ spending cuts.

Oil firm, but can still go either way. WTI converging to Brent indicates the seaway pipeline capacity increase may be enough to drain the surplus at pad 2, bringing wti up to brent, but too soon to tell for sure. And looks like the demand for saudi crude is dropping some, but not enough to dislodge them from being
swing producer/price setter.

Looks to me like the whole world is becoming ‘more competitive’ so it all cancels out. Bad for people, ok for stocks, with profits running at record highs as a % of GDP. Meaning the federal deficit has to be that much higher, all else equal, to fill the output gap.

The yen keeps going down. Looking more and more to me it’s off the radar screen intervention by the likes of insurance co’s, pension funds, and other quasi govt agencies got the note to buy fx denominated bonds in size. Not sure how far they will take it, but they have a serious herd instinct that has formed serious multi year bubbles in the past.

Europe? They fixed the solvency issue, sort of, and now just have the economy thing to deal with. Problem is the ECB grants solvency only with conditionality. Good luck to them. 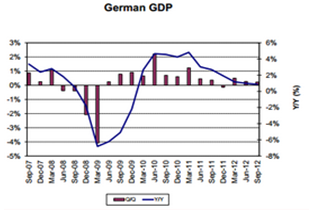