A drop for primary metals, a sharp drop for machinery, and a reversal for defense aircraft all pulled down durable goods orders in October which fell a sharper-than-expected 4.4 percent. A very sharp downward revision to September, revised from a 0.8 percent gain to a 0.1 percent decline, is another unfavorable headline in today’s report.

Orders for primary metals, down 2.3 and 1.2 percent the past two reports, continue to weaken following tariff-related pre-buying earlier in the year, while orders for machinery — which are at the center of the capital-goods group — fell 0.5 percent in October following lifeless gains of 0.1 and 0.2 percent in September and August.

Defense aircraft was the star of the September report, more than doubling but orders in the latest month fell 59 percent. Civilian aircraft, which had been on the climb, has been pulling down the last two reports, down 21 and 19 percent. When excluding aircraft and all other transportation equipment, orders managed only a 0.1 percent gain to fall 3 tenths short of consensus.

Orders and shipments for capital goods (nondefense ex-aircraft) are key indications for GDP business investment and the readings in this report are not pointing to much of a rebound for fourth-quarter nonresidential fixed investment. Orders here came in unchanged in October to miss Econoday’s consensus by 3 tenths with September revised 4 tenths lower to a 0.5 percent decline. Shipments in October, which will be a direct input into fourth-quarter GDP, did rise a respectable 0.3 percent though September is revised 1 tenth lower to a 0.2 percent decline which will be marginal negative for third-quarter GDP revisions.

But there are solid positives in the report including sharp order gains for electrical equipment, communications equipment, computers, and also fabrications. Yet moderation is nevertheless today’s theme with total shipments falling 0.6 percent, inventories showing no growth, and unfilled orders, after two strong prior months, slipping 0.2 percent.

Consumer goods remain weak and below 2008 levels, and the chart is not inflation adjusted:

Once again this index has fallen to levels associated with entering recession. But last time this happened a few years back they revised the numbers a few months later to where they are now in the chart: 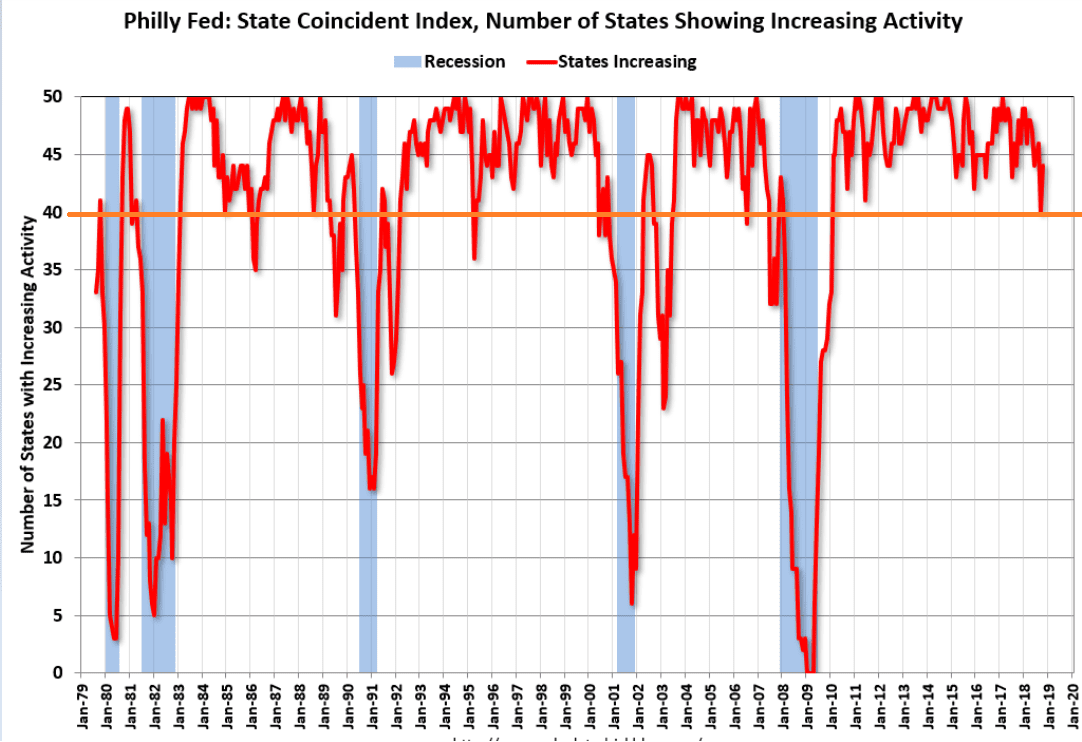