Down a bit but still trending higher since the oil price collapse: 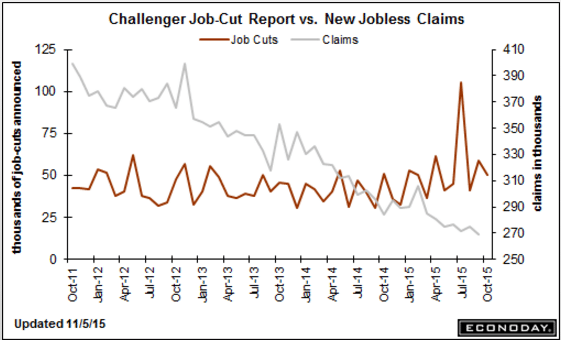 FED’S YELLEN: IF ECONOMY SIGNIFICANTLY DETERIORATED, NEGATIVE RATES AND OTHER TOOLS WOULD BE ON THE TABLE

This implies the rest of Saudi pricing remains the same from November, when discounts to benchmarks were substantially increased.

In general, discounts have been increased over the last few months:

Saudi Arabia, the world’s largest oil exporter, raised pricing for December sales of all its crude grades to Asia as profit for refiners improved in the country’s largest market. OPEC’s biggest producer cut its monthly pricing for all blends for buyers in the U.S.

State-owned Saudi Arabian Oil Co. increased its official selling price for Arab Light grade crude by 30 cents to a discount of $1.30 below the regional benchmark, the company said in an e-mailed statement. That beat expectations for a 25-cent increase, according to the median estimate of of six refiners and traders surveyed by Bloomberg this week.

The chart shows that discounts were set at the wides back in Feb, then relaxed some, and are now generally back towards the wides, indicating the desire to keep prices down: 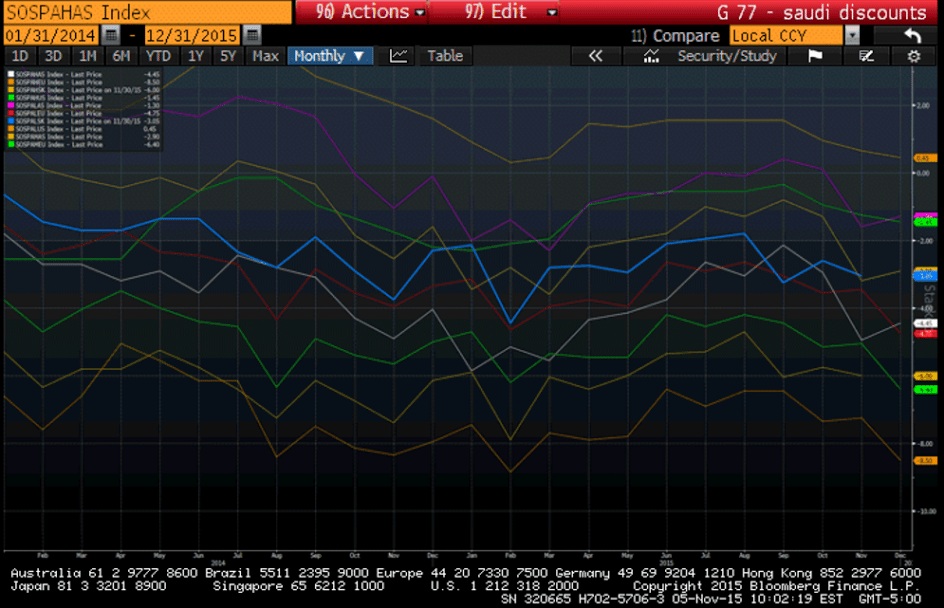 Nov 5 (Bloomberg) — German factory orders, adjusted for seasonal swings and inflation, fell 1.7 percent in September from August, when they dropped 1.8 percent. Orders declined 1 percent from a year earlier. Factory orders dropped 2.8 percent in the third quarter from the previous one. Demand from within the country increased 0.3 percent and was up 0.9 percent for the euro area. Non-euro-area orders fell 8.6 percent in the July-to-September period. In September, orders for investment goods from the euro area fell 12.8 percent, reflecting a drop in demand for big-ticket items. Excluding bulk orders, demand fell 0.4 percent.

Nov 4 (WSJ) — Danish conglomerate A.P. Møller-Maersk A/S saidWednesday its Maersk Line container-shipping unit would cut 4,000 jobs from its land-based staff of 23,000. It is also canceling options to buy six Triple-E vessels. Maersk said it would also push back plans to purchase eight slightly smaller vessels. The conglomerate said it would cut its annual administration costs by $250 million over the next two years and would cancel 35 scheduled voyages in the fourth quarter. That is on top of four regularly scheduled sailings it canceled earlier in the year.

Nov 5 (Nikkei) — Foreign orders at China’s leading trade show slipped 7.4%. Chinese producers and overseas buyers at this year’s autumn session of the China Import and Export Fair, better known as the Canton Fair, signed contracts for $27 billion in goods, down from $29.1 billion last fall. Traffic from Europe shrank more than 10% from last fall amid the continent’s hazy economic outlook. The total value of contracts inked at the fair declined from the year-earlier figure for the eighth straight session, drawing alarmingly close to the $26.2 billion total from spring 2009.