My understanding is that this series includes premiums paid for health insurance and so GDP has gotten a one time boost from from the newly insured who are now paying insurance premiums via the affordable care act. So Q4 should see another reduction and growth and a lower contribution to GDP growth: 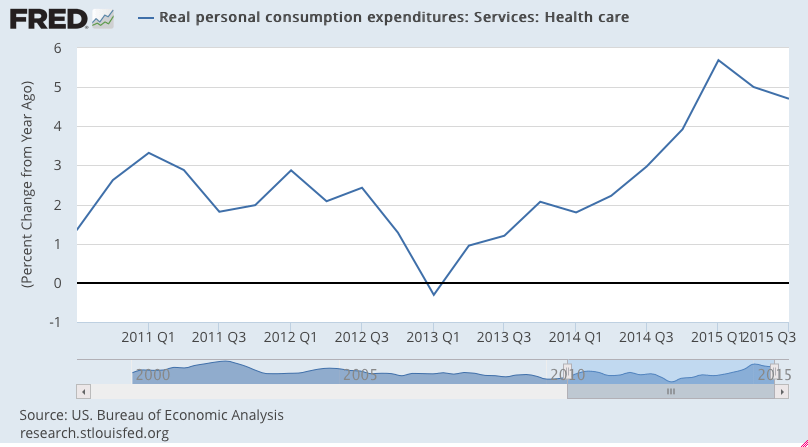 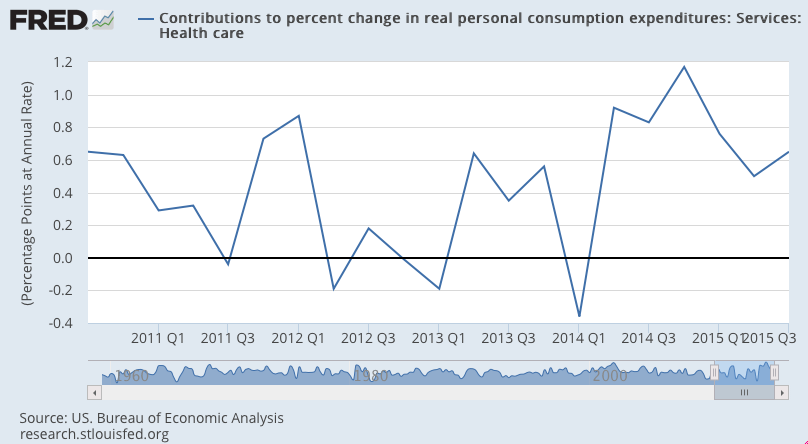 This kind of personal consumption collapsed with the collapse in oil prices and oil capex: 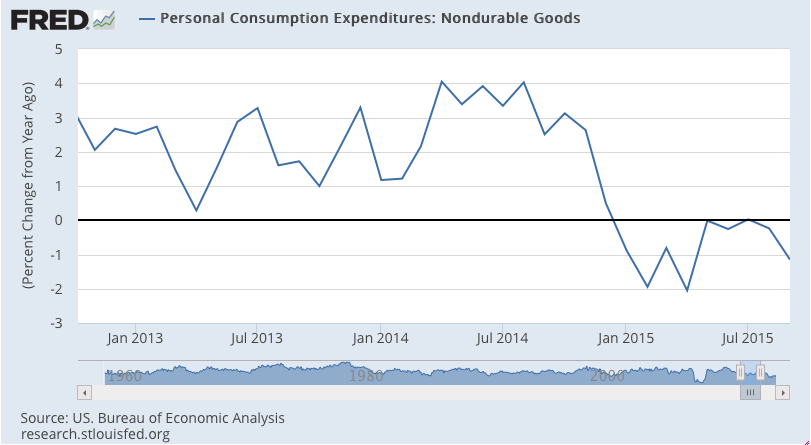 This is for September, and is slowing as previously discussed after permits peaked in June with the expiring tax laws:

Highlights
Construction spending looks solid, up a better-than-expected 0.6 percent in September with gains led by housing components. Residential spending extended six months of strong gains with a 1.9 percent increase for a year-on-year gain of 17.1 percent which is 3 percentage points better than the rate for total construction, at 14.1 percent. New multi-family units continue to lead the residential component, up 4.9 percent for a 26.7 percent year-on-year gain, while new single-family homes rose 1.3 percent for a more than respectable year-on-year gain of 12.7 percent.

Private nonresidential construction has also been strong this year but not in September, down 0.7 percent including declines for most subcomponents especially both power and commercial. Still, the year-on-year rate for private nonresidential is plus 14.9 percent. Readings on public construction, up a total 0.7 percent in the month, are also favorable with subcomponents trending at or near double-digit year-on-year growth.

The gains in this report, especially for multi-family units, are the outcome of a spike in permits during the spring. Permits, however, have not been showing great strength in recent months, in turn pointing to moderation for what still looks to be, however, a solid construction sector. 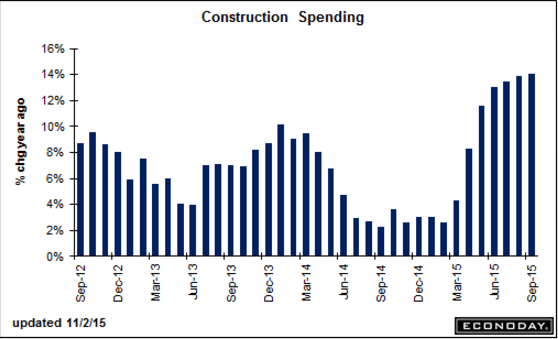 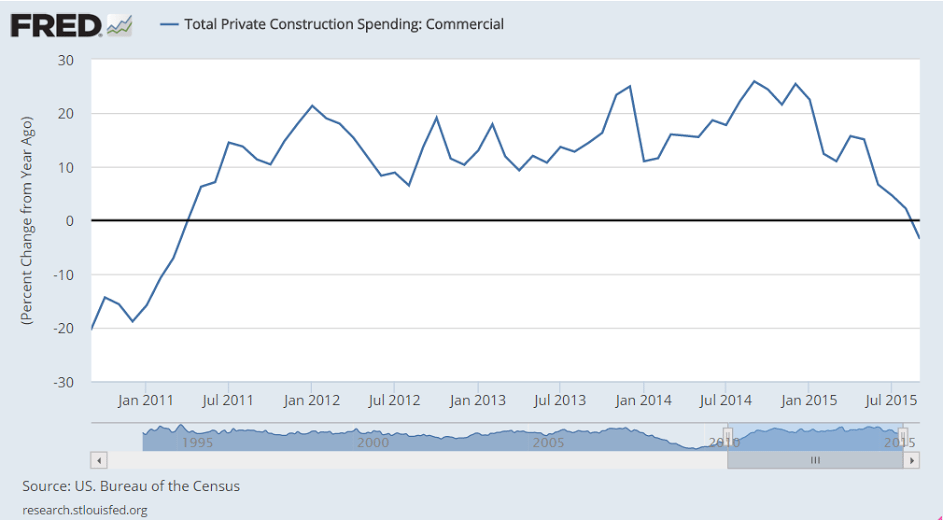