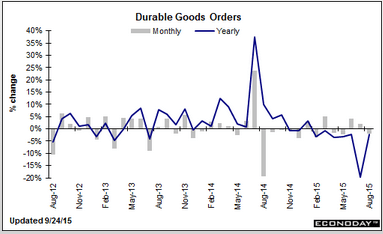 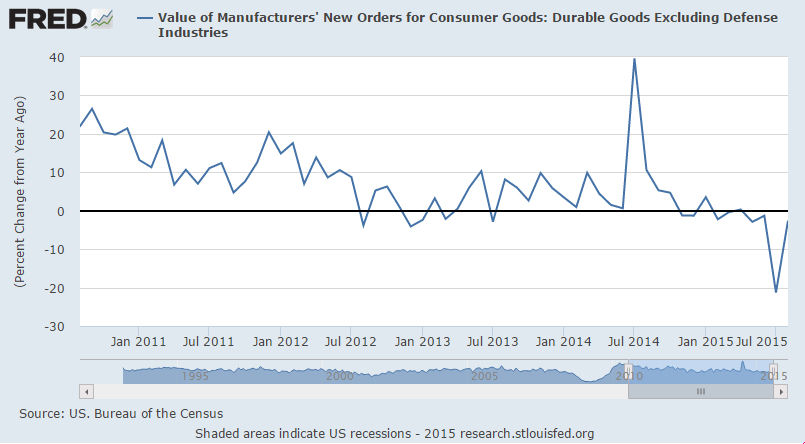 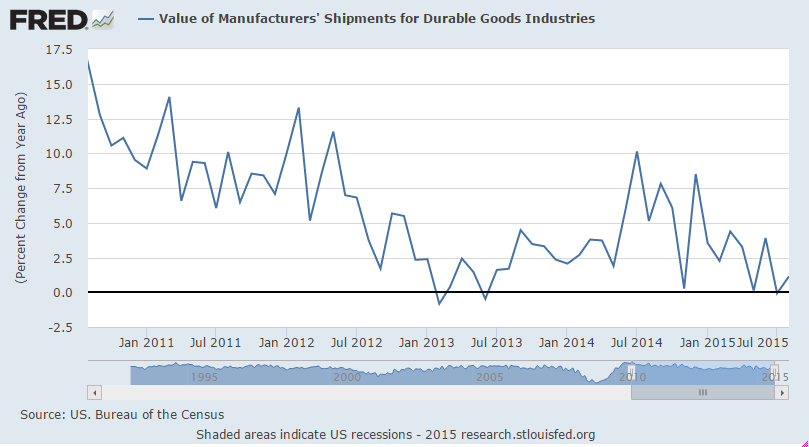 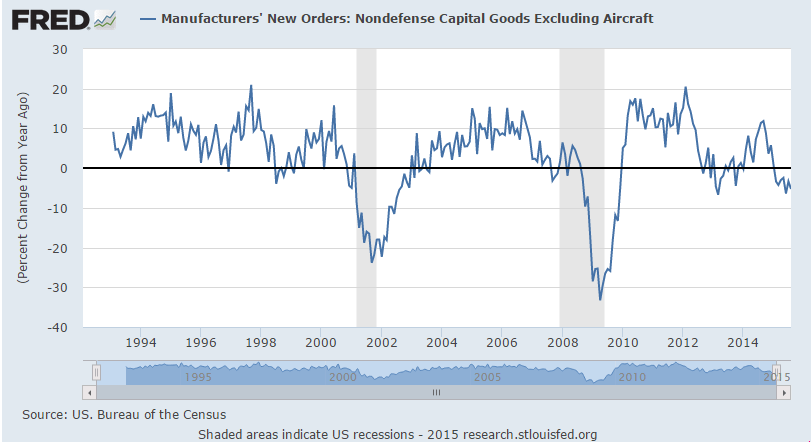 Highlights
At an index of minus 8, contraction continues apace in the Kansas City manufacturing sector which reports export weakness tied to the strong dollar and energy-sector weakness tied to low commodity prices. Metals and machinery are showing particular weakness with new orders at minus 8 and backlog orders at minus 12. Employment is at minus 7 with the workweek at minus 12. Despite contraction in the workweek, production is the only component in the plus column, but just barely at plus 1. Price data, like for many other reports, show contraction for both inputs and outputs.

Manufacturing was basically flat in August, as evidenced by this morning’s durable goods report. And the early indications on September, including the Kansas City report, are all pointing to increasing weakness. 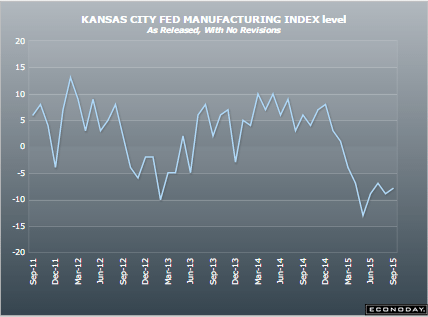 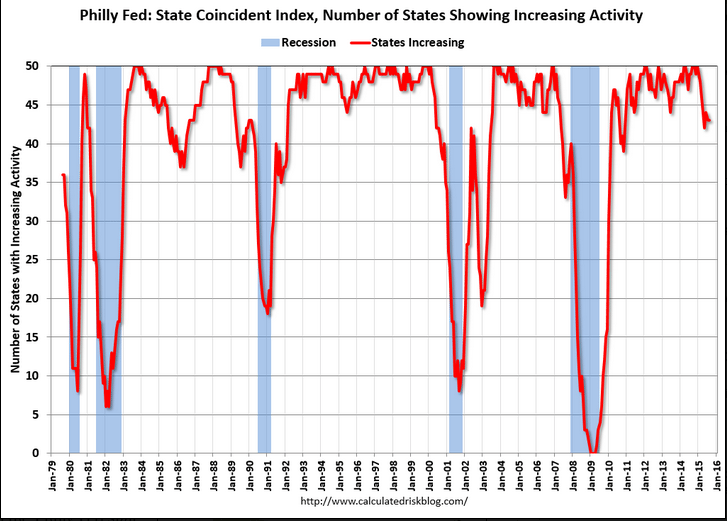 I’m still suspecting there’s something keeping more people from filing than in prior cycles: 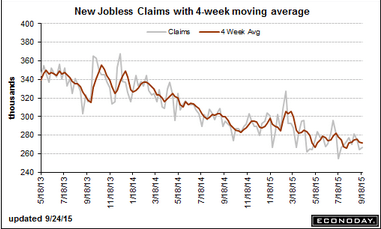 This looks a touch better but could just be some buying in front of fears of rate hikes. And still very depressed historically:

Highlights
Because of a small sample, new home sales can be very volatile month-to-month as they are in the August report where, at 552,000, the annual rate came in far above the high-end estimate. This is the highest rate since February 2008. Adding to the momentum is a 15,000 upward revision to July.

In especially welcome news for builders, the sales strength pulled supply relative to sales even lower, to 4.7 months from 4.9 months. Still, low supply is a constraint on sales in contrast to pricing which remains favorable, at a median $292,700 for a 0.5 percent gain on the month but at a paltry year-on-year gain of only 0.3 percent. By comparison, the year-on-year sales gain is 22 percent.

Regional data show August strength for the Northeast and more importantly the South which, for new home sales, is larger than all other regions combined. Year-on-year, sales in the South are up 28 percent which leads the regions. At the rear is the West where sales growth, however, is still in the double digits at plus 11 percent.

Volatility aside, this report is impressively strong and likely marks an upturn for housing data which, like Monday’s existing home sales report, had been showing limited and uneven strength. 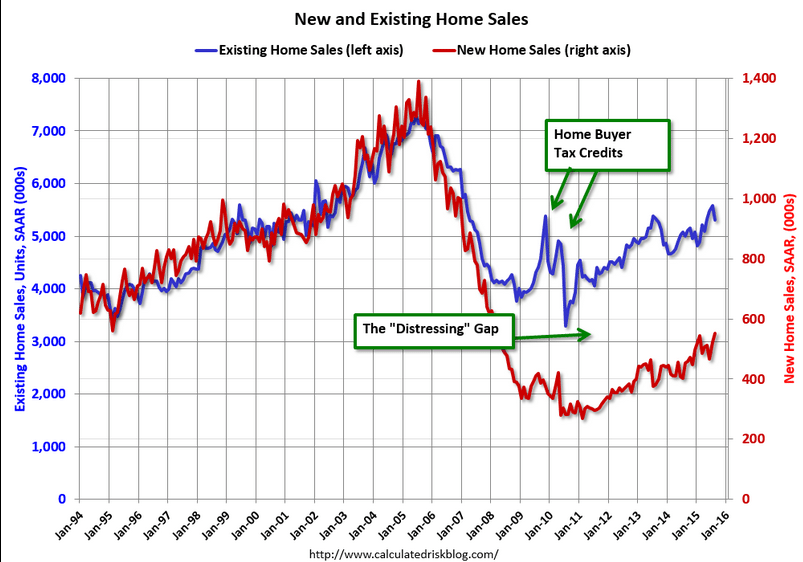