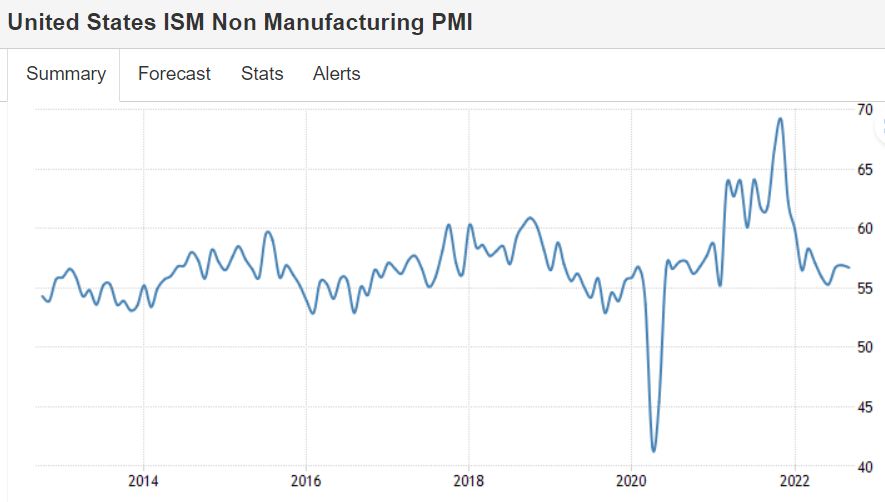 No recession indication here- this is a forecast for Friday’s employment report: 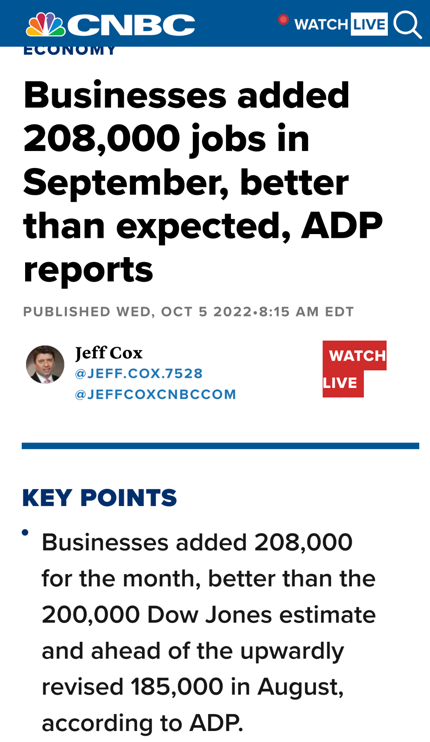 My take is at the July meeting with President Biden the Saudis agreed to bring prices down in return for various favors. The only way for this to happen was for them to confidentially discount their official selling prices with their customers, and for this was done without consultation with the rest of OPEC+. For reasons unknown to me that agreement has come to an end. Selling price spreads to benchmarks have been modestly increased and the discounting has ended. Additionally OPEC+ has announced large production cuts as cover for the actual reason prices are have reversed and will now rise continuously until policy changes or demand, which is currently strong sufficiently collapses.

“Oil prices surged almost 2% on Wednesday, with WTI futures rising to almost $88 a barrel and Brent crude to above $93 a barrel, on expectations of tighter supply. Ministers from OPEC+ agree to cut production by 2M barrels per day today, double the volume previously flagged. The move came despite pressures from the US, with Washington arguing that economic fundamentals do not support a reduction in production. Still, output cuts could have a smaller effect on global supply because several countries are already pumping well below their quotas. Meanwhile, the EIA report showed US crude stocks unexpectedly fell by 1.356 million barrels last week, the second consecutive drop and the biggest in five weeks.”

No evidence of demand destruction here (refineries are the only buyers of crude oil): 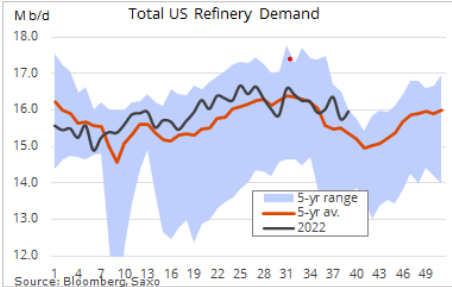 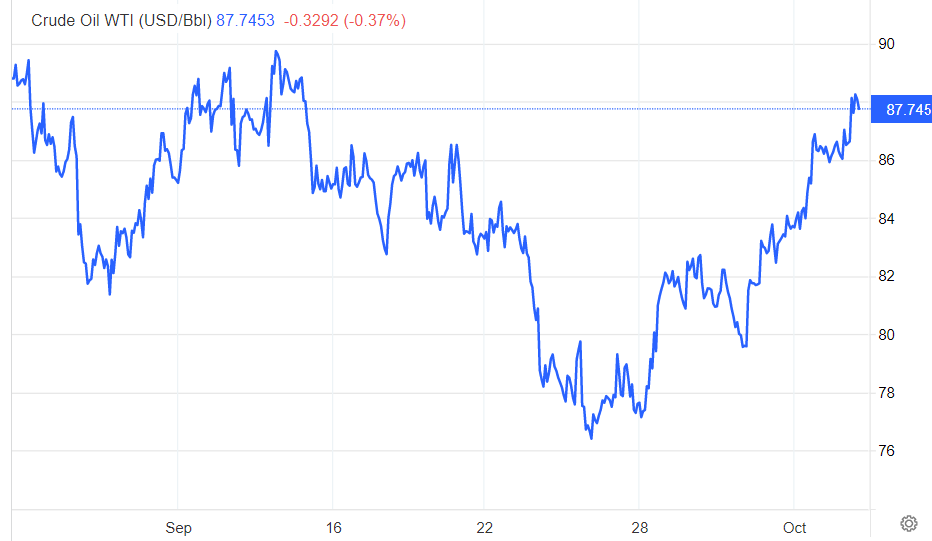 US consumption has shifted towards the purchase of domestic output while exports remain firm, helping GDP, as the cost of energy for businesses remains lower in the US than most other parts of the world: 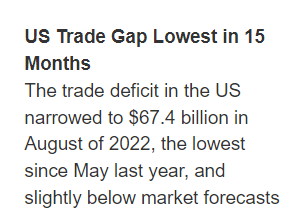 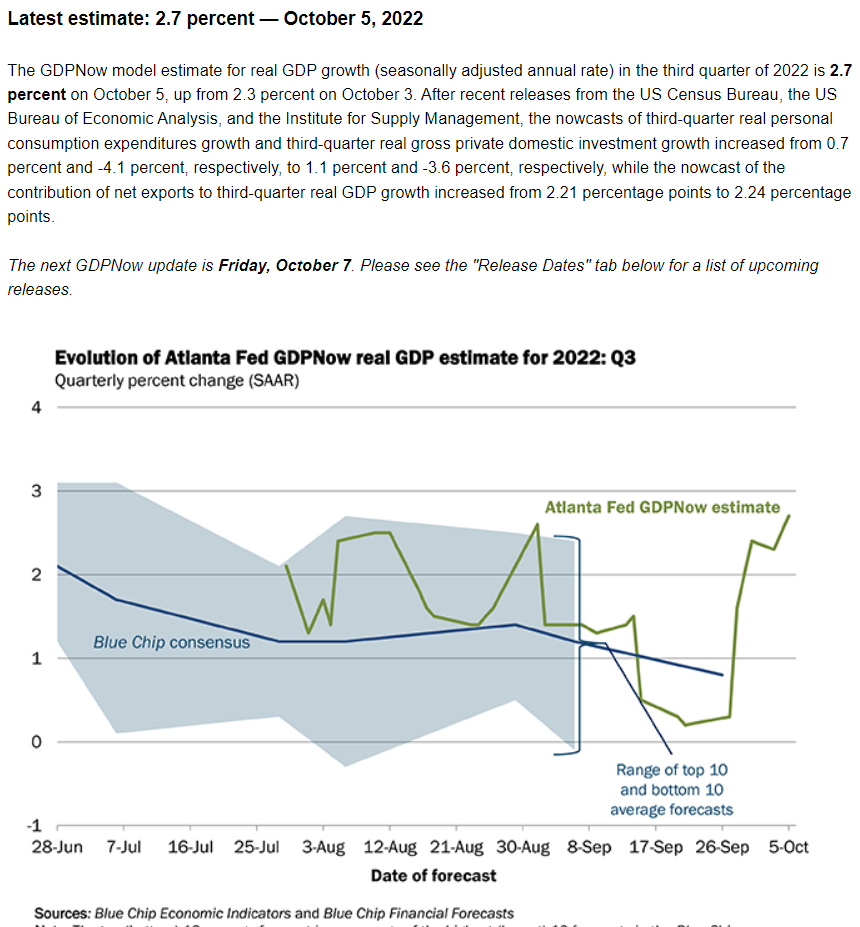