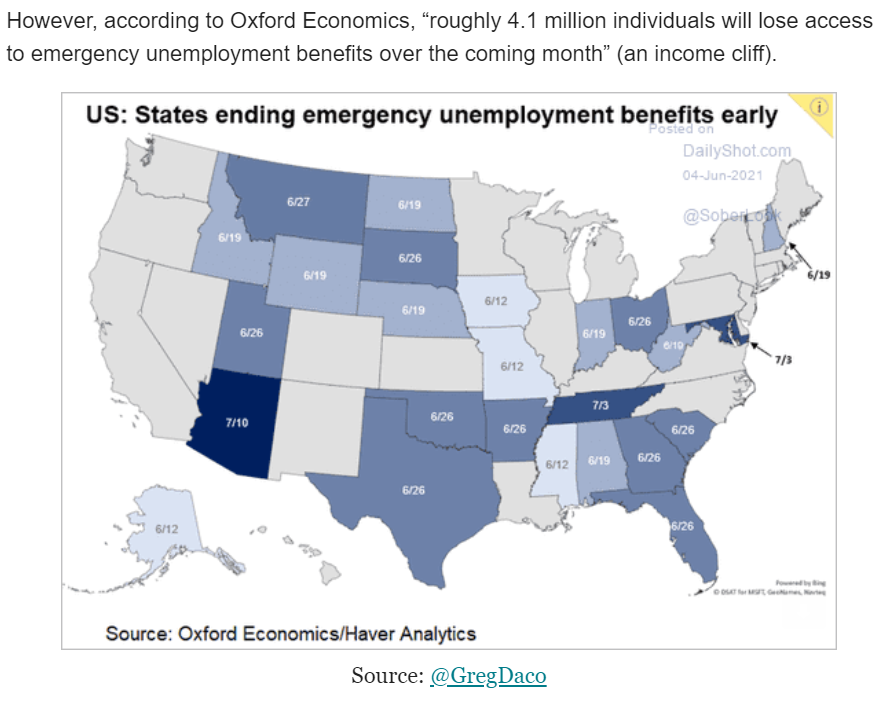 Still seems to be weakening: 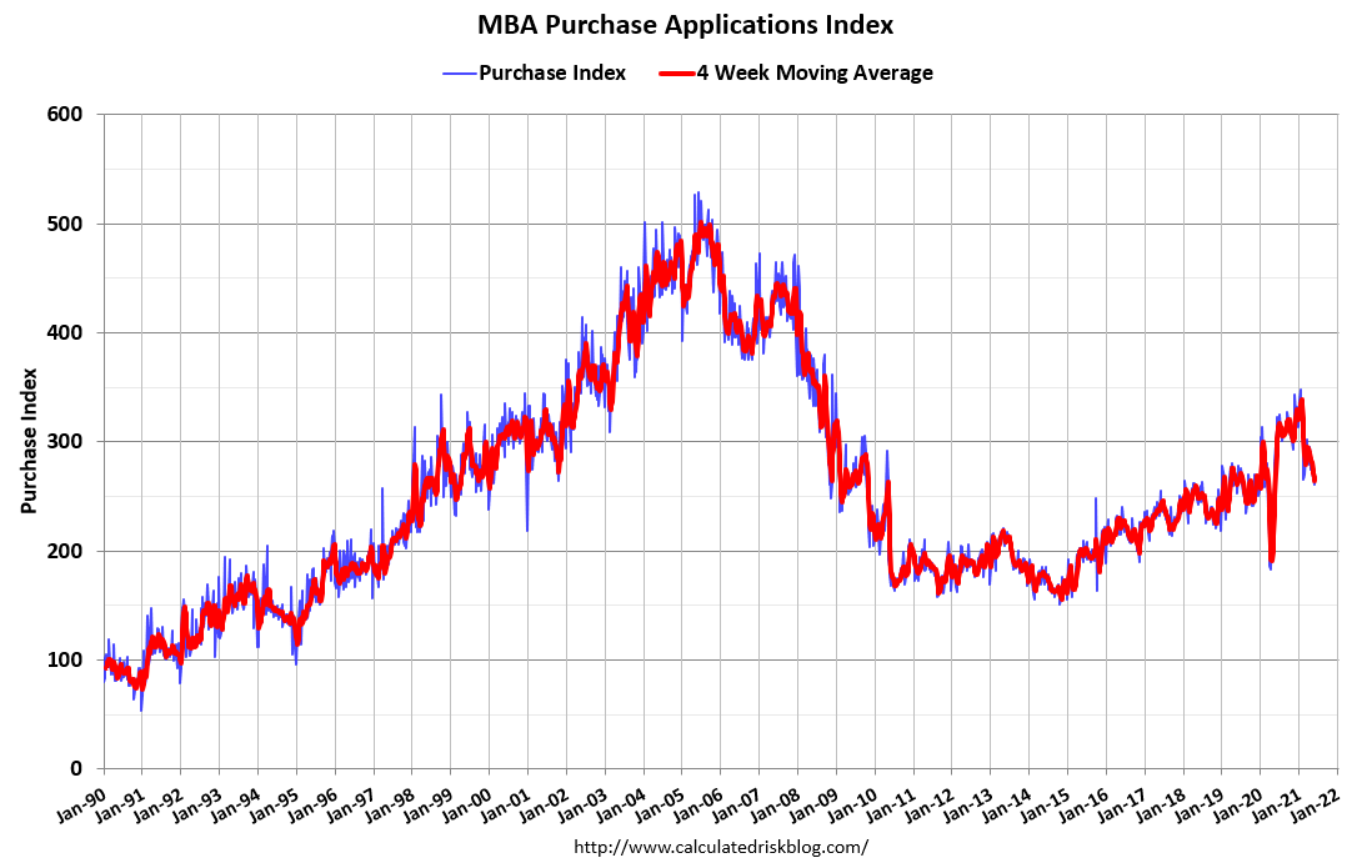 Job openings offsetting the prior dip as covid restrictions are relaxed. Hirings coming back as well, though not as quickly: 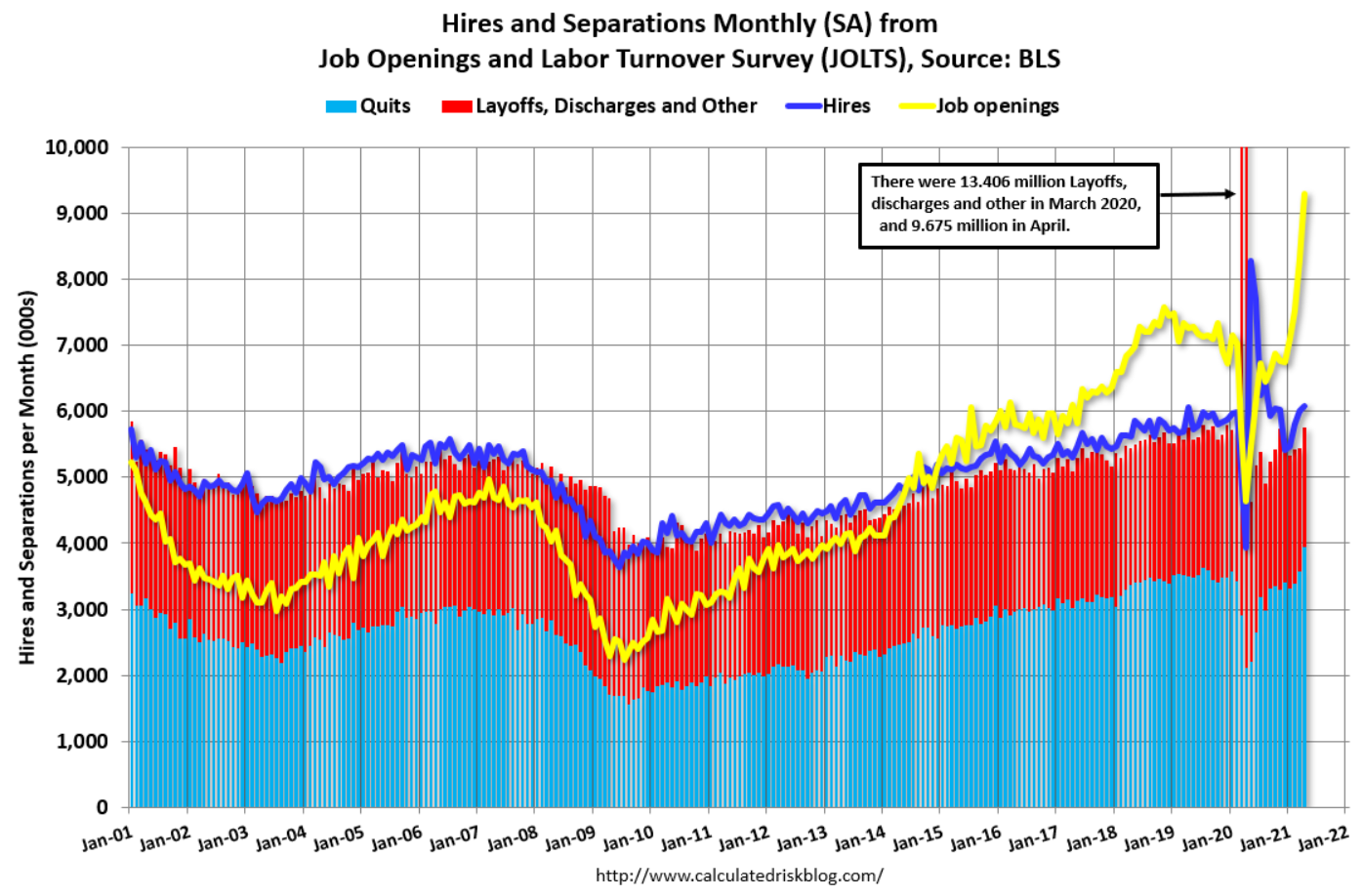 The drop in imports could possibly be a sign of weakness as well:

From the Department of Commerce reported:

The U.S. Census Bureau and the U.S. Bureau of Economic Analysis announced today that the goods and services deficit was $68.9 billion in April, down $6.1 billion from $75.0 billion in March, revised. 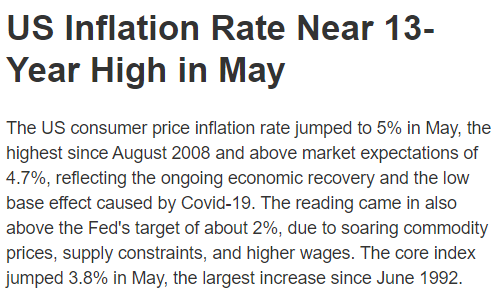 “The strength in the top line indices was driven largely by categories that have been heavily disrupted by COVID and remain under pressure from supply chain disruptions,” wrote Eric Wingorad, senior economist at Alliance Bernstein. “The more persistent categories of inflation — the ones that do a better job of capturing the sustainable trend—are significantly more subdued. That means that the details of today’s print continue to support the idea that the spike in inflation is transitory, even if it is more intense than most forecasters (myself included) would originally have anticipated.”