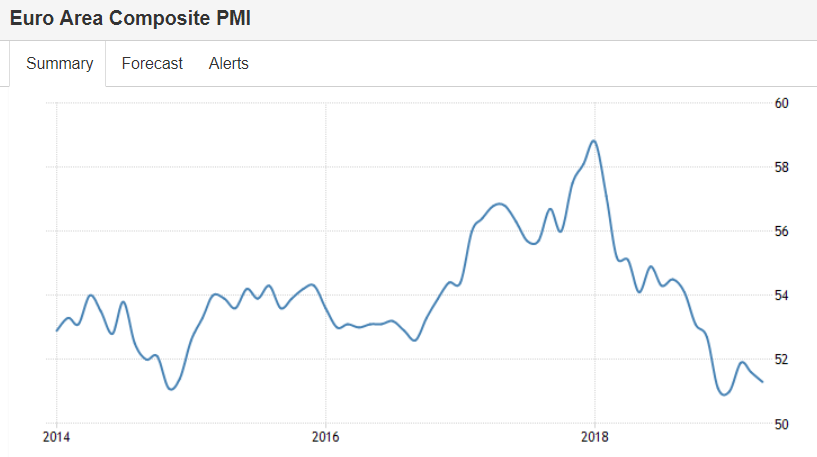 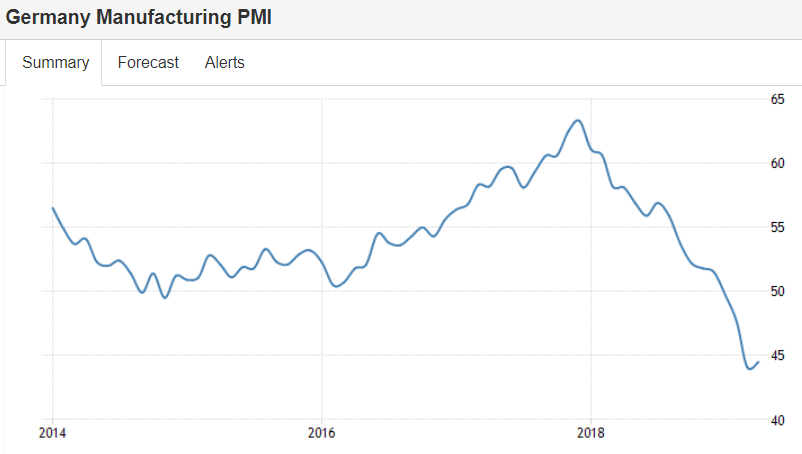 The IHS Markit Germany Manufacturing PMI rose to 44.5 in April 2019 from the previous month’s near seven-year low of 44.1, but below market expectations of 45, a preliminary estimate showed. Still, the latest reading pointed to a sharp contraction in the manufacturing sector, as inflows of new business fell for a fourth straight month led by a further steep decline in new export orders, which dropped at the second-fastest rate in the past ten years. Firms highlighted weak demand across the automotive sector in particular, whilst also suggesting some hesitancy among UK based clients. In addition, work-in-hand at manufacturers declined the most for almost a decade while employment levels were unchanged. Looking ahead, business confidence towards the year-ahead outlook was the weakest since November 2012.

French Factory Activity Contracts the Most in 2-1/2 Years

The IHS Markit France Manufacturing PMI edged down to 49.6 in April 2019 from 49.7 in the previous month, missing market expectations of 50, a preliminary estimate showed. The latest reading pointed to the steepest contraction in the manufacturing sector since August 2016, as output fell the most in four years. On the other hand, new orders and export sales both declined at a softer pace while employment growth accelerated.

Back in negative territory: 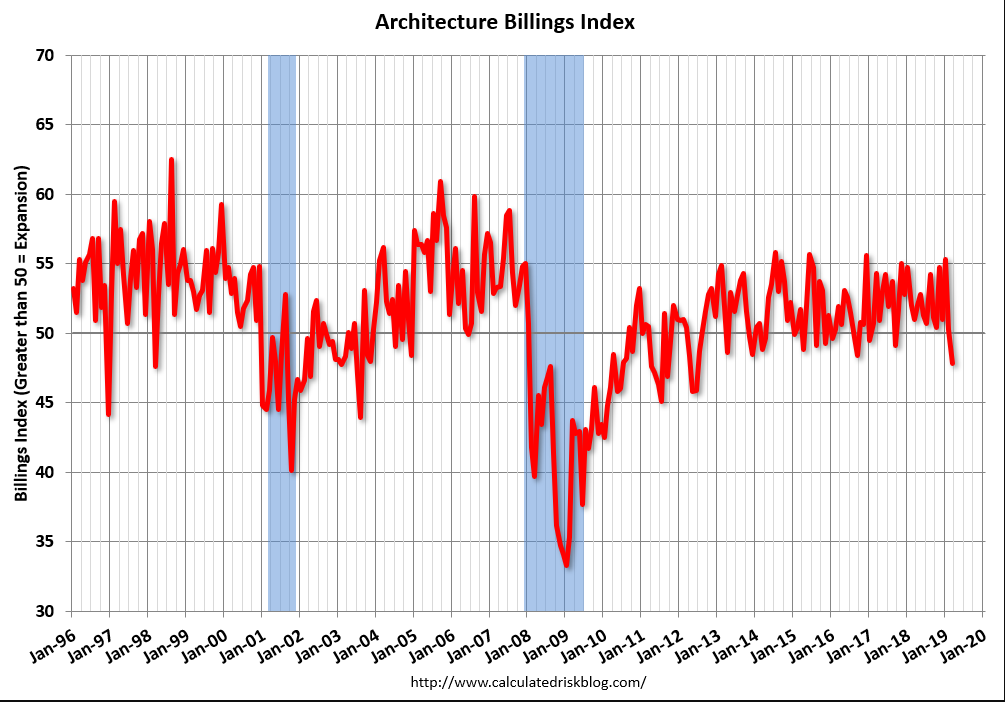 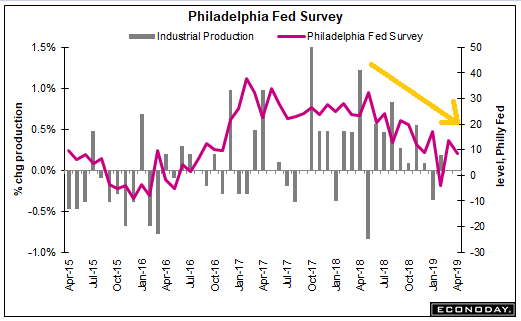 In contrast, this is an upbeat report (subject to revision) for March, though the chart doesn’t look so good:

The optimists weren’t quite optimistic enough as March retail sales, across all major readings, came in just above Econoday’s high estimates. Still, the trend is uneven and not pointing with certainty to acceleration ahead for consumer spending.

Total retail sales jumped 1.6 percent in March which exactly matches the decline in the much more important month of December. February sales are unrevised at the headline level at minus 0.2 percent with January sales revised 1 tenth higher to a gain of 0.8 percent.

Ex-auto sales show a bit less strength over this period, rising 1.2 percent in March but falling 2.1 percent in December with February revised to a 0.2 percent decline and January holding at an increase of 1.4 percent. Other core readings are similar, showing strength in March following bumpy results previously with ex-autos ex-gas rising 0.9 percent in the latest month and control group sales, which are inputs into GPD, up a helpful 1.0 percent.

Vehicle sales stand out sharply in March, up 3.3 percent following declines in the two prior months. Sales at gasoline stations also stand out, up 3.5 percent for a second straight month but boosted by price effects for fuel.

Convincing strength is evident once again for non-store retailers which, after falling 4.5 percent in December, have posted three straight strong gains including 1.2 percent in both March and February. Restaurants are also convincing, up 0.8 percent in the latest month for a third straight gain in what speaks directly to discretionary strength. Furniture & home furnishing stores are also doing well with three straight gains including a 1.7 percent March jump.

Lagging are department stores, unchanged following three straight declines which may reflect a shift underway in consumer habits away from traditional malls than weakness in consumer demand. General merchandise, which is the broader category that includes department stores, rose 0.7 percent in March but failed to make up for recent weakness.

Yet this report is not about weakness but about strength, and the results are certain, like yesterday’s trade data for February, to give a lift to first-quarter GDP estimates. The economy’s soft patch so far this year isn’t as soft as it once looked, but questions remain.

(Reuters) The U.S. central bank’s “Beige Book” report found economic activity grew at a slight-to-moderate pace in March and early April. Prices have risen modestly since the last Beige Book, with tariffs, freight costs and rising wages often cited as key factors, the Fed said. It added that consumer spending was mixed but suggested sluggish sales for both general retailers and auto dealers. Wages grew moderately in most districts for both skilled and unskilled workers. In terms of the manufacturing sector, the Fed said contacts in many districts reported that trade-related uncertainty was weighing on activity. 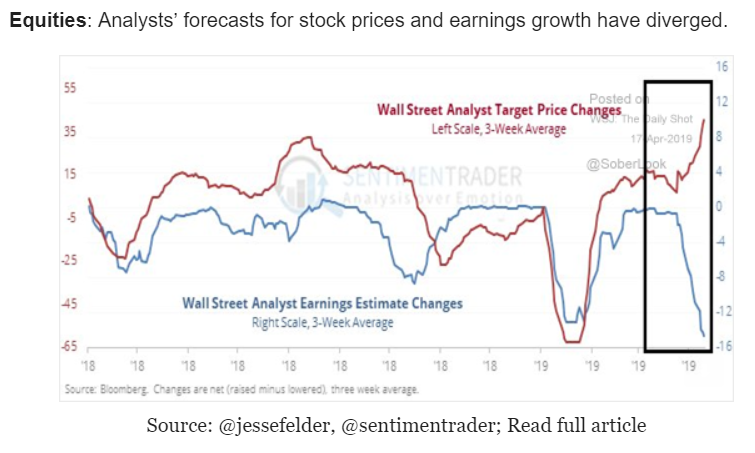