A better than expected, but somewhat peculiar details, and note the approximate average over the last 4 months. And maybe some tax related buying?

Last month, new single-family homes sales soared 30.2 percent in the Northeast to their highest level since October 2007. Sales in the South increased 1.3 percent also to a 10-year high. There were also strong gains in sales in the West and Midwest last month.

More than two-thirds of the new homes sold last month were either under construction or yet to be started.

Despite the rise in sales in October, the inventory of new homes on the market increased 1.4 percent to 282,000 units, the highest level since May 2009.

Total year-on-year sales are up 18.7 percent for a nearly 2 percentage point gain from September. But not the entire housing sector is showing this kind of strength as sales of existing homes are actually down 0.9 percent on the year. But new homes, boosted by the strong labor and stock markets, are definitely moving and look to be a significant contributor to fourth-quarter growth. 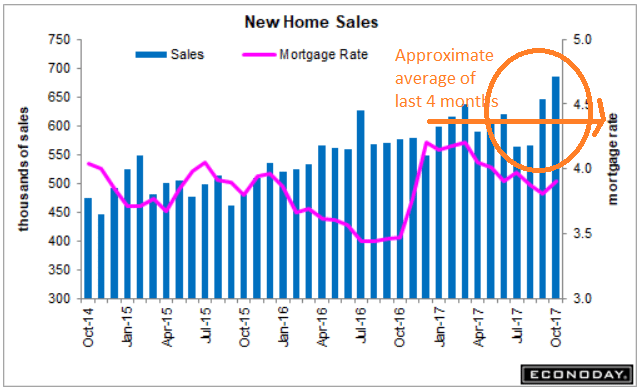 Nice bounce up to 42. Note the prior, similar bounces: 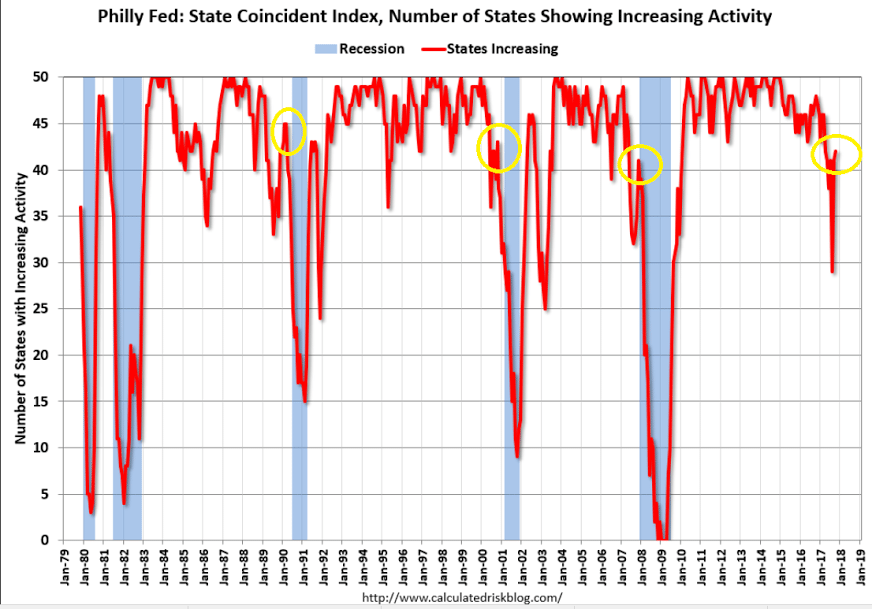