Consumer confidence (soft data) up for the month but retail sales (hard data) continue to decelerate: 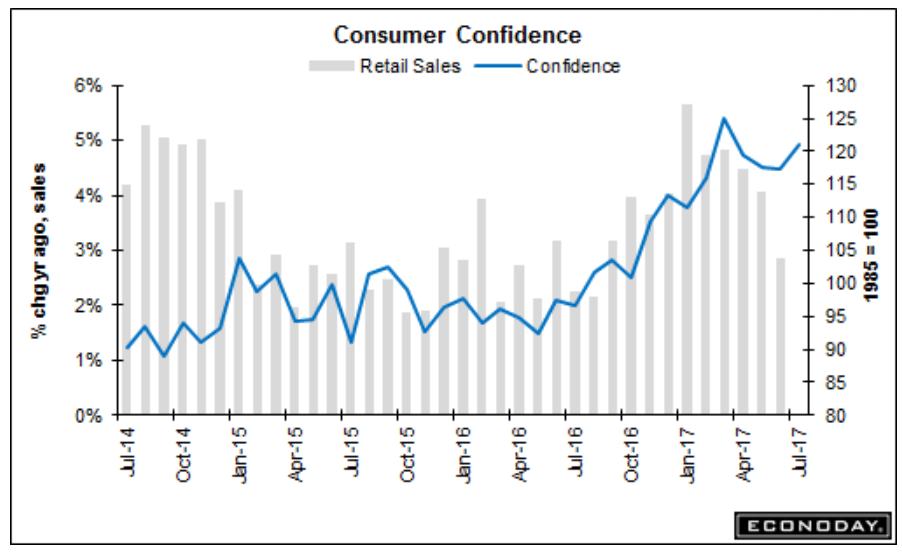 No one talking about how this reduced what would have been private sector income and net financial assets by exactly that much, as the savings on interest was not spent by the governments but instead went towards deficit reduction:

Jul 24 (Reuters) — Euro zone countries have saved nearly a trillion euros ($1.17 trillion) in debt costs since the global financial crisis and governments may now try to pressure the ECB to keep borrowing costs low, the Bundesbank said on Monday. Germany saved around 240 billion euros compared with pre-crisis levels, the Bundesbank said. “If rates on average were still at their pre-crisis levels, interest expense last year alone would have increased by nearly 2 percent of the nominal gross domestic product,” the Bundesbank said. “Since 2008, savings have totaled almost 1 trillion euros or almost 9 percent of euro area GDP.”