As previously discussed, no homes are built without prior permits, which are going nowhere:

Housing starts extended their wild ride of volatility in December, up 11.3 percent in the month to a 1.226 million annualized rate which beats the Econoday consensus for 1.200 million. But the rise is confined to multi-unit starts which jumped 57 percent to a 431,000 rate, a contrast to the 4.0 percent decline to 795,000 for single-family starts.

Permits, which are subject to less volatility than starts, slipped 0.2 percent in December to a 1.210 million rate which is sizably below expectations for 1.230 million. Here, however, the details favor single-family homes where permits rose 4.7 percent to 817,000 vs a sharp 9.0 percent decline on the multi-unit side to 393,000.

Single-family homes, which pack the most cost and price punch, are the focus of the housing market and today’s results are mixed, with permits a positive but starts a tangible negative. In sum, lack of available supply remains an obstacle to sales acceleration for housing.

Note how flat the 5 month moving average is: 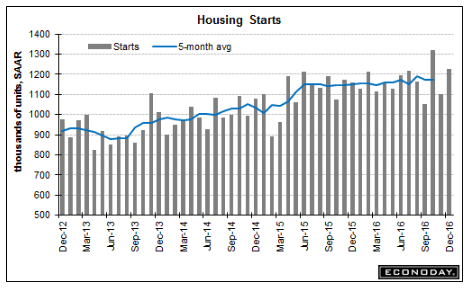 Housing remains a far lower portion of the economy than it was in past cycles, isn’t growing, and not likely to contribute to growth: 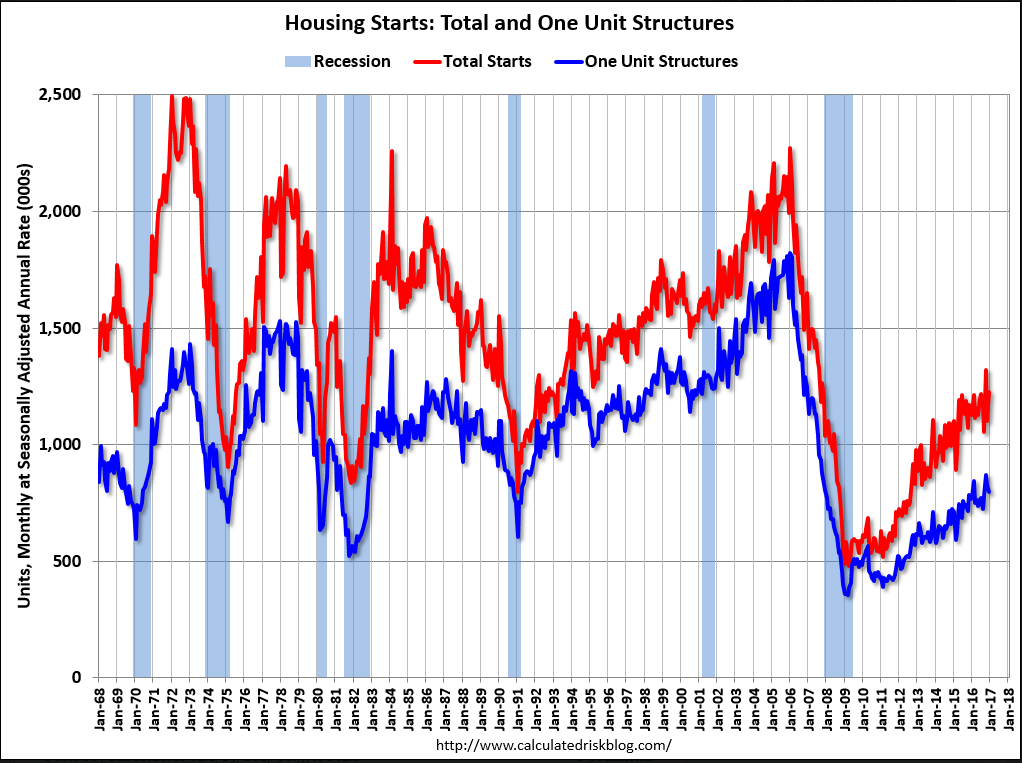 As previously discussed, the weakness that began a couple of years ago with the collapse in oil prices and capex has bled over into the much larger service sector: 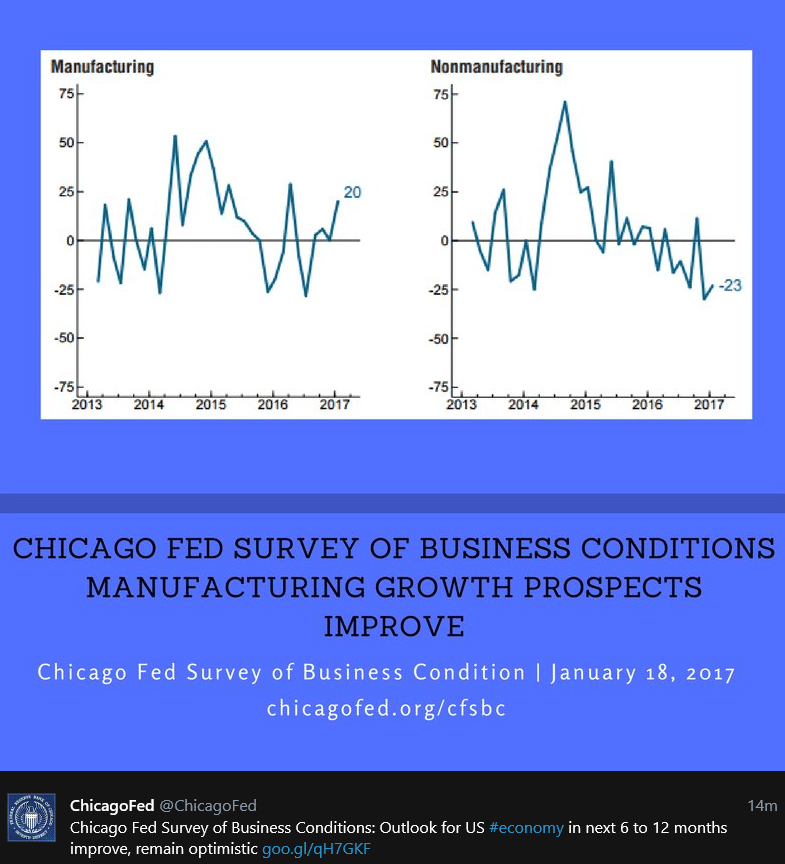 This is highly deflationary stuff, even with matching tax cuts, as the tax cuts under discussion have much lower multiples: