All numbers as expected. Notice the use of the word ‘solid’ for all the reports? And no one talking about year over year, which eliminates much of the seasonal factors and month to month volatility. Nor do they mention that these numbers are not adjusted for inflation, which pushes the year over year numbers down to stall speed. See charts below:

Retail sales proved solid in September hitting the Econoday consensus across the board: total up 0.6 percent, ex-auto up 0.5 percent, ex-auto ex-gas up 0.3 percent. Auto sales as expected are the highlight of the report, up 1.1 percent to reverse the prior month’s 0.3 percent decline. Auto sales, a discretionary category, have been solid this year though down from last year’s peak. Restaurants, another discretionary category, are also strong, up 0.8 percent to add to August’s 0.7 percent gain.

Other positives include two related to housing, furniture which rose 1.0 percent and building materials & garden equipment, up 1.4 percent. This latter reading will give a boost to the residential investment component of the third-quarter GDP report.

This whole report in fact will give a lift to GDP, providing a quarter-end pop to consumer spending which was soft in the quarter’s first two months. Strength in retail sales ultimately reflects strength in the labor market and today’s report will further build expectations for an FOMC rate hike at the December meeting.

How ‘solid’ do these look?

Not adjusted for inflation doesn’t look good either: 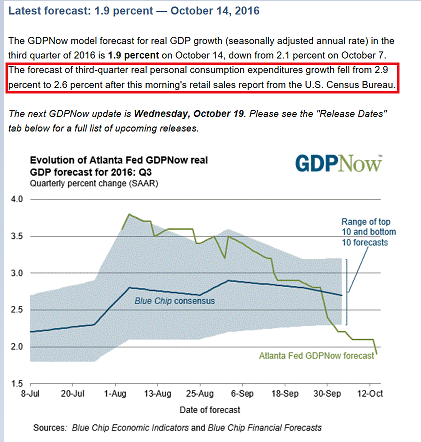 Looks like last month’s move higher that lifted hopes has more than reversed to instead follow the down trend of the last several months: 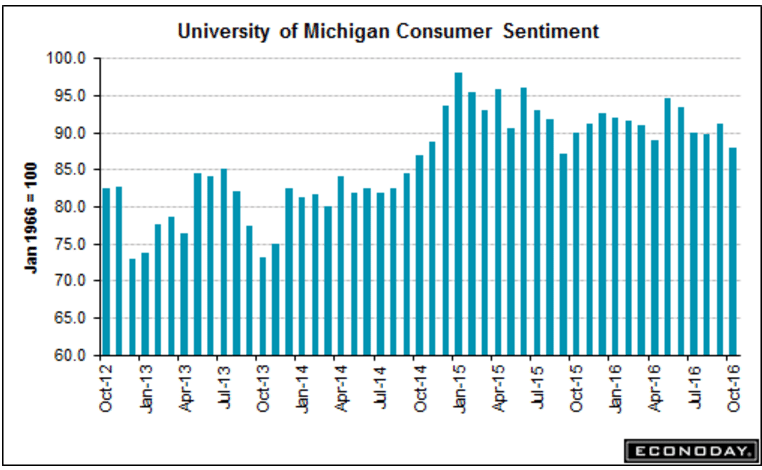 Inventories remain elevated and are keeping a lid on output:

An inventory correction to the 1.30 level isn’t out of the question: 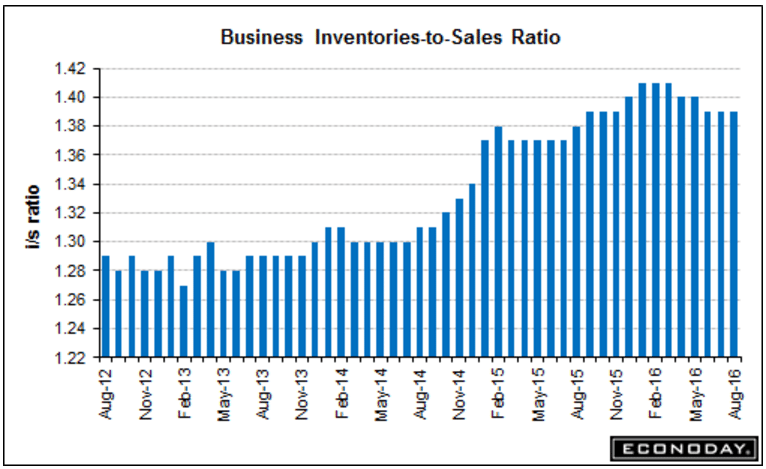 Wondering when they begin to suspect this is more about being made a lot harder to get, and less about labor market conditions:

Unemployment claims remain at or near historic lows, indicating a lack of layoffs and quick turnaround for those who do lose their jobs. Initial claims came in near the low end of expectations in the October 8 week, at 246,000 with the 4-week average at 249,250. Both of these averages are down roughly 10,000 from a month-ago, comparisons that offer early indications of strength for the October employment report. Continuing claims are trending roughly 100,000 below a month ago, at 2.046 million and a 16,000 decline in the latest data which are for the October 1 week. Hurricane Matthew had only limited impact on initial claims with only one state in the affected area, Virginia, having to be estimated. Louisiana was also estimated in this report. Records of note in this report is a 43-year low for the weekly level of initial claims and an 8th straight decline for the 4-week average which is also at a 43-year low.

Looks like the move up was only a blip, but too soon to tell: 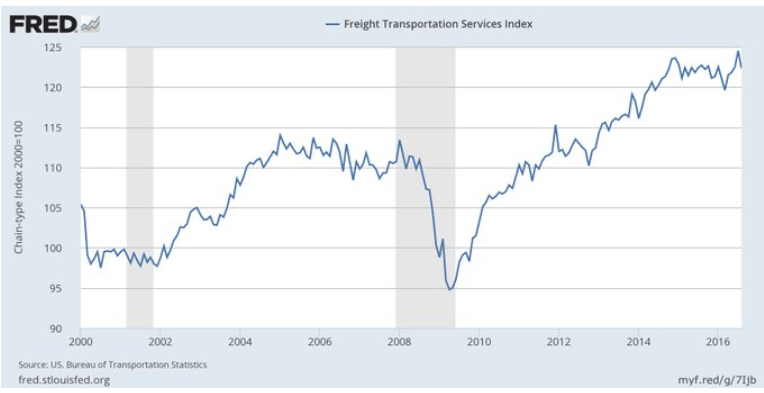