Starts and permits down and below expectations. I see this as removing any hope of any kind of sustainable growth. The traditional sources of private sector credit expansion- housing, vehicles, and general investment are continuing to decelerate when acceleration is needed just to replace the capital expenditures that were being generated by $100 oil. And even then GDP growth was modest, at best.

Highlights
Data on the housing sector are slowing going into the key spring season. Housing starts fell a very sharp 8.8 percent in March to a 1.089 million annualized rate which is well below Econoday’s consensus for 1.167 million and below the low estimate for 1.120 million. Permits are showing similar weakness, down 7.7 percent at a 1.086 million rate which is likewise below both the consensus and low estimate.

Weakness in starts is split roughly evenly between single-family and multi-family components with weakness in permits concentrated in multi-families. Nevertheless, there is fundamental strength in the year-on-year rates, at plus 14.2 percent for starts and a less spectacular plus 4.6 percent for permits.

Regional data show declines throughout except for starts in the Northeast with ongoing work tied to a rush last year in permits (on a changes in New York City real estate law). Turning to permits, the Midwest is showing the most strength with a 24.2 percent year-on-year gain followed by the South at 11.3 percent. Not favorable is weakness in the West, a key region for new housing where permits are down a year-on-year 6.1 percent. Permits in the Northeast are down 21.7 percent.

A positive in the report is strength in total completions, up 3.5 percent in the month for a 31.6 percent year-on-year gain. Yet most of this report is downbeat. Spring is the season that those in the housing sector count on, but momentum definitely is not building. Watch for existing home sales for March on tomorrow’s calendar.

Nor is there any sign of life at the retail sales level: 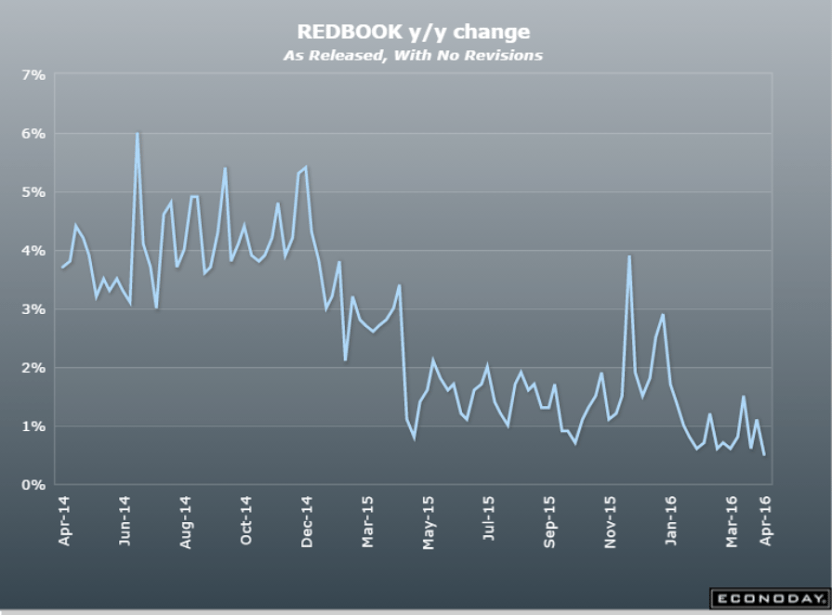