(Reuters) U.S. business conditions are the strongest since the summer of 2014 as sentiment has recovered from a weak start to the year, signaling companies’ willingness to make capital expenditures, Morgan Stanley economists said. The bank’s business conditions index rose 3 points to 68 in April, the highest since August 2014. The index is more than double its recent trough of 29, hit in February. The bank’s hiring plans index fell 13 points in April to 34, the lowest since a bottom hit in June 2009 during the recession, while its capex plans index rose 5 points to 58, the highest since July 2015.

Finally got this and it looks like the discount policy remains about as is for May, indicating ongoing downward pressure for spot market prices: 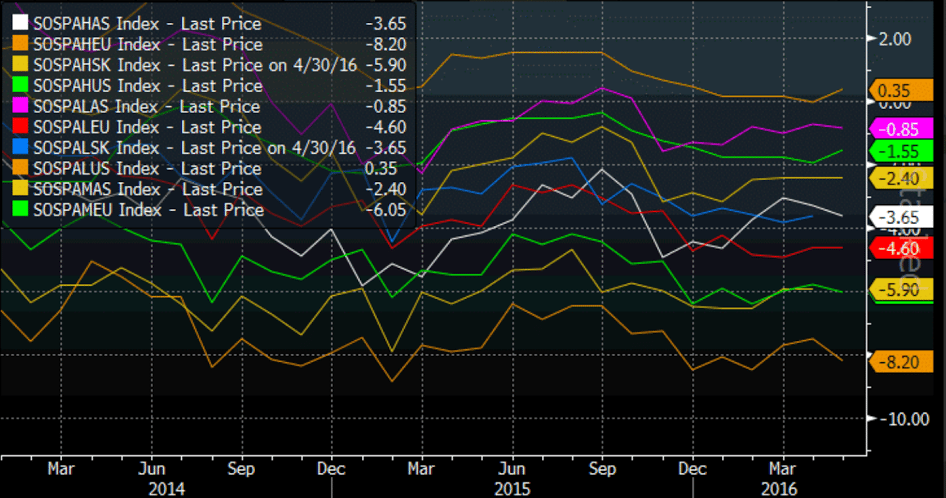 Add one more signal that the U.S. economy is slowing down.

Sales and profits are falling at more of America’s biggest companies, according to the latest quarterly survey of a group of business economists.

The share of those reporting stronger sales dropped to the lowest level in seven years, according to the National Association for Business Economics. And, for only the second time since the end of the Great Recession, more respondents said profits were falling than those who said profits were rising at their companies. 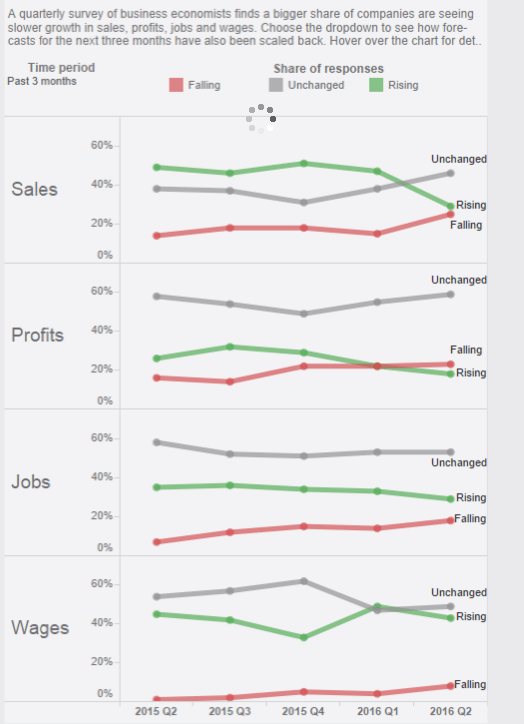