Not so good since oil capex collapsed about a year ago:

Highlights
A downward revision to inventories pulled down the third revision to third-quarter GDP, coming in at an annualized and expected rate of 2.0 percent. Revised inventory growth, at $85.5 billion vs an initial $90.2 billion, was the most negative factor in the quarter, which is actually a plus of sorts as businesses held down inventories due to slowing sales, a move that should limit future disruptions in production and employment. Personal consumption expenditures include a downward revision to service spending, now at an annualized 2.1 percent for a 1 tenth decline. The drag from net exports was raised slightly to $11.5 billion. On the plus side, residential fixed investment was upgraded to a very strong 8.2 percent for a 9 tenths upward revision. Nonresidential fixed investment was also upgraded, up 2 tenths to an annualized plus 2.6 percent in the quarter. In sum, the third-quarter came in at a respectable rate, down from an outsized 3.9 percent bounce in the second quarter that followed a weather depressed 0.6 percent rise in the first quarter. Fourth-quarter GDP is tracking at roughly 2 percent and is likely to get a bounce from the current spree of mild weather. 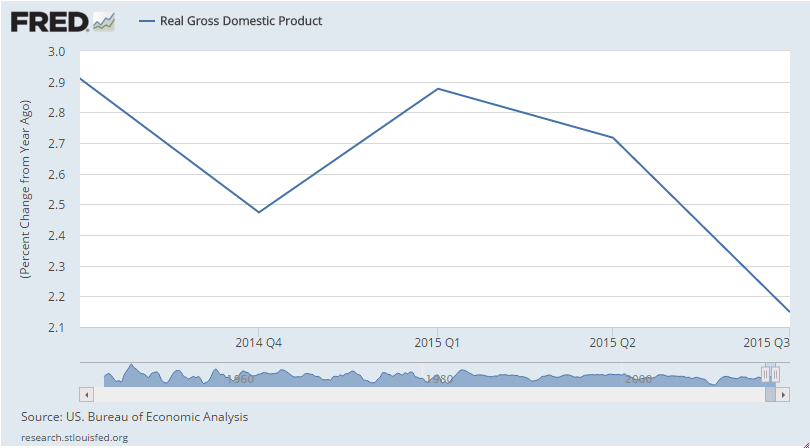 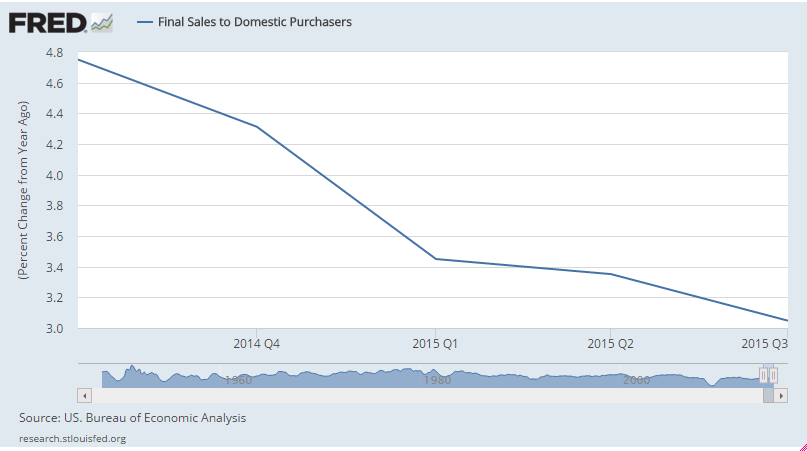 Serious miss here, and now down from last year. My guess is that there was some buying was accelerated prior to the rate hike: 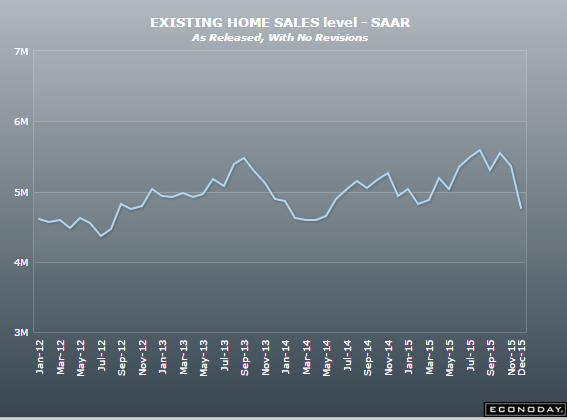 “U.S. home resales posted their sharpest drop in five years in November, a potential warning sign for the health of the U.S. economy although new regulations on paperwork for home purchases may have driven the decline.

The National Association of Realtors said on Tuesday existing home sales plunged 10.5 percent to an annual rate of 4.76 million units. That was the sharpest decline since July 2010. October’s sales pace was revised slightly lower to 5.32 million units.

Housing has been providing a sizable boost to U.S. economic growth this year as a strengthening labor market and low interest rates have helped young adults to leave their parents’ homes.”

This went up some, so it will probably make all the headlines: