After the up and down in front of the change in regulations new purchase apps are, so far, lower than before:

Fits with the permit spike/decline story, and there was also this note:

The multi-family residential market was negative for the eighth consecutive month – and this might be indicating a slowdown for apartments – or at least less growth. 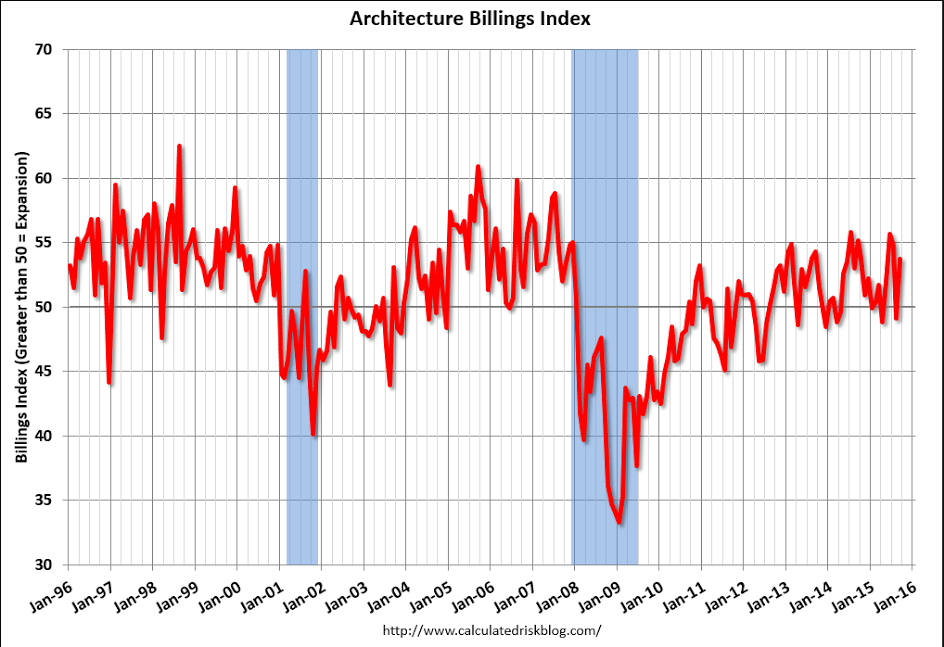 Oct 21 (Reuters) — Japan’s annual export growth slowed for the third straight month in September, a worrying sign that overseas sales continued to drag on growth last quarter, adding to fears of a recession.

Ministry of Finance data showed exports rose just 0.6 percent in the year to September, against a 3.4 percent gain expected by economists in a Reuters poll.

That was the slowest growth since August last year and followed a 3.1 percent gain in August 2015. Compared with last month seasonally-adjusted shipments declined 1.7 percent.

Wednesday’s data is the first major indicator for September and is part of the calculation of third quarter gross domestic product. A third quarter contraction would put Japan into recession, given the second quarter’s negative GDP data.

China’s slowdown and soft domestic demand weighed on factory output and the broader economy, although the Bank of Japan saw the effects of China’s slowdown were limited for now, as it sticks to its rosy growth outlook, but that may change at the BOJ’s monetary policy review on Oct. 30.

The author is on the right track- it’s about aggregate demand and ‘inflation’ from excess demand.

But it’s not about rates per se, which are about the Fed’s reaction function, which does happen to include inflation, so to that extent it’s sort of ok…

Bernie Sanders doesn’t need to pay for his socialist utopia

Without a doubt, presidential contender Bernie Sanders boasts the most ambitious policy proposals of anyone on the Democratic side. And sooner or later, the same question always comes up:

“Yeah, those are lovely ideas, but how’s he gonna pay for all this?”

For people who oppose Sanders’ program, it makes for a nice “gotcha.” But Sanders’ supporters bring it up sometimes too. Comedian Bill Maher pressed the senator on this last Friday, and Sanders dutifully listed off various ideas. They might bring in enough revenue or they might not; like his fellow candidates, Sanders’ proposals are still in their protean stage. What’s interesting is that Sanders and his fans are implicitly conceding that, yes, we would need to pay for this stuff.

May I humbly suggest this is wrong?

Not only do we not need to pay for Sanders’ programs, we shouldn’t pay for them. In fact, the federal government’s budget deficit is much too low.

How could I possibly suggest anything so loony? Contrary to popular belief, smaller deficits are not always better. How big or small the deficit should be is determined by how it interacts with the rest of the U.S. economy and other international economies. And there are two key metrics to look for there: interest rates and inflation.

Like you or me or any company, when the U.S. government borrows money, it pays its lenders interest. This is an investment by the lender based on how much risk they want to take. So if they consider you a safe investment, they’ll demand low interest rates, and if they consider you a risky investment, they’ll demand higher rates. And interest rates on U.S. debt are currently the lowest they’ve been in at least half a century: 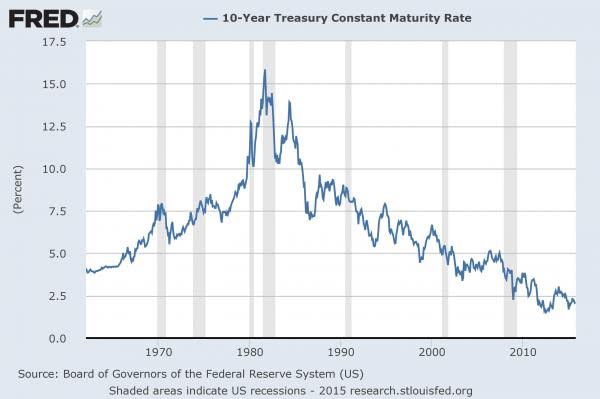 Equally important is why. If investors consider government debt unusually safe, it’s because they aren’t seeing lots of other places in the economy worth investing in. This shouldn’t be surprising: Our economic growth and job creation remain sluggish, there are no signs of wage growth, work force participation isdown, and economic insecurity remains high. There’s just not a lot of exciting economic ferment going on out there.

One big reason for this is that the government itself has pulled way back from spending money in the economy and hiring people. Economic ferment breeds economic ferment. More government aid, investment and hiring would mean more people with incomes to spend, creating more jobs in the private sector. So there should be a natural corrective here: Interest rates on government debt fall because it’s the only safe investment, so government borrows more and spends it, the economy picks up, and interest rates on the debt rise as investors find other places to park their cash.

But American policymakers moralize debt and deficits and think they should always be smaller, so that doesn’t happen.

Which brings us to the other key metric: inflation. Unlike you or me or any company, the U.S. government can print (or, in the digital age, create) money. At the end of the day, if you’re worried that government borrowing will drive up interest rates, you can always just have your central bank print more money and buy up government debt. One of the big reasons investors view the debt of advanced governments as safe is because, at the end of the day, they can always pay you back with money creation. And the central bank buying debt raises the demand for it, which brings interest rates back down.

But it also adds to the money supply, which threatens inflation — except that, as with interest rates, inflation is only going to rise once we’ve attained full employment. That’s when the new money stops being soaked up by new economic activity, and starts going into price increases instead. But the Federal Reserve has actually been creating a ton of new money recently, and it hasn’t really goosed the economy. That’s probably because the normal ways the Fed injects money into the economy don’t work as well as going in via government hiring and state aid.

So at the highest conceptual level, money printing and borrowing — monetary policy and fiscal policy — collapse into one another. This makes inflation, even more than interest rates, the key upper limit to government borrowing.

And the inflation rate is, well, about as low as it’s been in half a century: 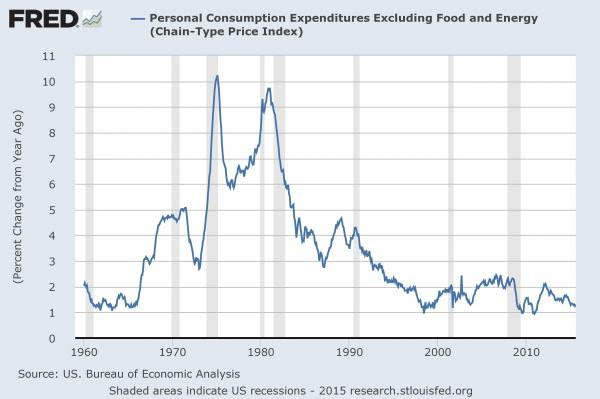 The conclusion, by now, should be obvious: Government deficits are too low, and have been too low for agood long while.

Once you realize all this, it actually upends a lot of conventional wisdom. People usually talk about taxes and spending as being in balance with one another, but they’re actually both in balance with two other forces: the money supply and the overall health of the economy. You really can’t think of the government as just another economic actor, like an individual person or a business. It’s a unique thing unto itself: a hub or ballast tank for the overall flow of money and activity through the economy. No, its capacities to borrow and print money aren’t infinitely elastic. But it’s perfectly plausible that we could enter periods, like the current global doldrums, where government should run really big deficits and print lots of money for extended periods.

Take Bernie Sanders’ own favored example of Denmark: The Danes run a very generous welfare state, and have taxes high enough to pay for it. But Denmark is also facing a sluggish economy and rock-bottom inflation. So it’s actually being much too fiscally responsible. Denmark should expand its deficit — in this case, given the size of its deficit, by cutting its tax rates — and loosen up its monetary policy to buy up all that new debt. Taxes, under this logic, aren’t really about bringing in revenue — rather, they’re just another dial for managing this flow. And it’s conceivable that they would never need to balance with spending.

What’s funny is that Sanders might be gearing up to make this very argument. His chief economic adviser, University of Missouri-Kansas City economist Stephanie Kelton, is a fan of something called modern monetary theory: a batch of ideas that sketches out a very similar case to the one above.

Of course, Sanders hasn’t done this yet. And maybe he won’t.

But if he ever chose to throw down in favor of bigger deficits and more money-printing — on the national stage of a presidential election, no less — he’d be doing the country a tremendous service.