Note the Nov/Dec mini spike to capture year end tax credits (my story) followed by familiar down for the winter, then up, then back down some pattern.

Yes, you can have a low output gap without housing, and yes, manufacturing is chugging along nicely. But overall the charts show declining monthly growth rates of retail sales, industrial production, and housing starts, as what’s looking more and more like the macro constraint of the relentless demand leakages continue to take their toll.

Highlights
Fed Chair Janet Yellen was right to worry about the housing sector during Congressional testimony this week. Starts in June disappointed sharply, declining another monthly 9.3 percent after decreasing 7.3 percent in May. June starts came in at 0.893 million units annualized, up 7.5 percent on a year-ago basis. Expectations were for 1.026 million units.

The housing sector still needs propping up by the Fed. This sector is losing steam instead of improving. Recent NAHB HMI have pointed to start weakness with weak numbers on traffic. 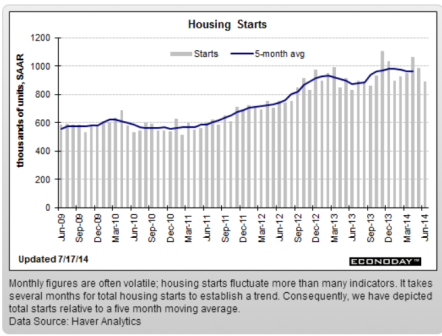 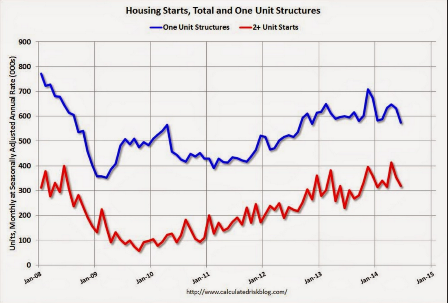 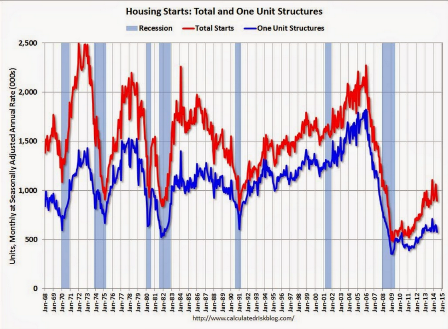 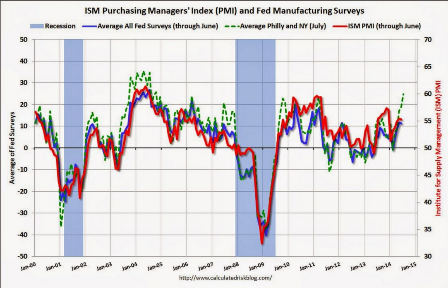