Starting to look more like most of the rest of the world:

US retail trade fell by 1.2 percent from a month earlier in December 2018, following a revised 0.1 percent growth in November and missing market expectations of 0.2 percent gain. It was the steepest decline in trade since September 2009, as sales fell in almost all categories. Excluding automobiles, gasoline, building materials and food services, retail sales dropped 1.7 percent in December after an increase of 1 percent in November.

The economy has been getting a bit of support from Fed rate hikes as they increased federal interest expense paid to the economy. If they start cutting rates that support likewise goes away: 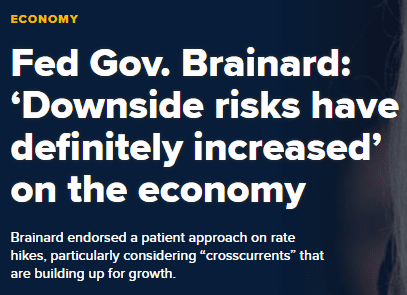