Purchase apps now down year over year, and less than half of what they used to be pre crisis:

Purchase applications for home mortgages fell 2.0 percent on a seasonally adjusted basis in the December 30 week compared to the level 2 weeks earlier, which was the last prior reading due to the Christmas holiday. The refinance index was down a much sharper 22 percent compared to two weeks ago, as higher interest rates continue to deter refinancing by homeowners to a greater extent than the mortgage applications of home buyers. However, the unadjusted purchase index was down 41 percent compared with two weeks ago, pulling down the year-on-year change into negative territory for the first time in 2016 at minus 1 percent. The average interest rate on 30-year fixed rate conforming mortgages ($417,000 or less) halted its steep climb higher and at 4.39 percent was down 6 basis points from the 4.45 percent recorded in the prior week, the highest rate since May 2014. 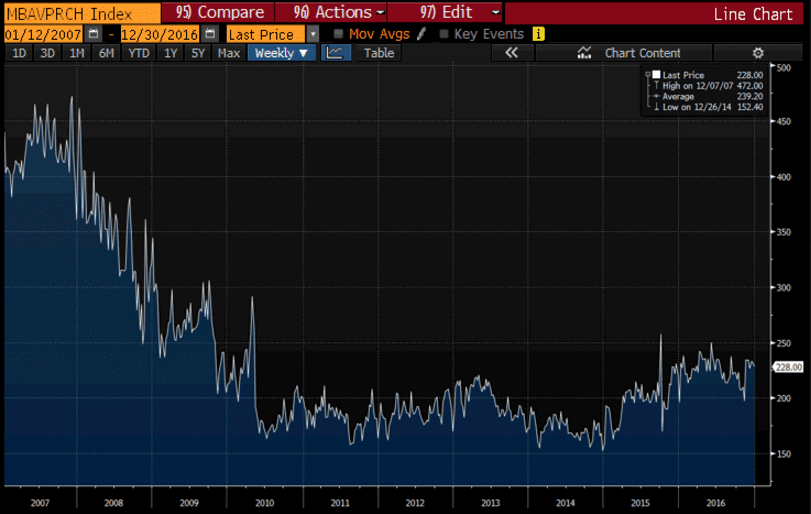 A double mini spike up as happened a year ago, but in general growth remains depressed: 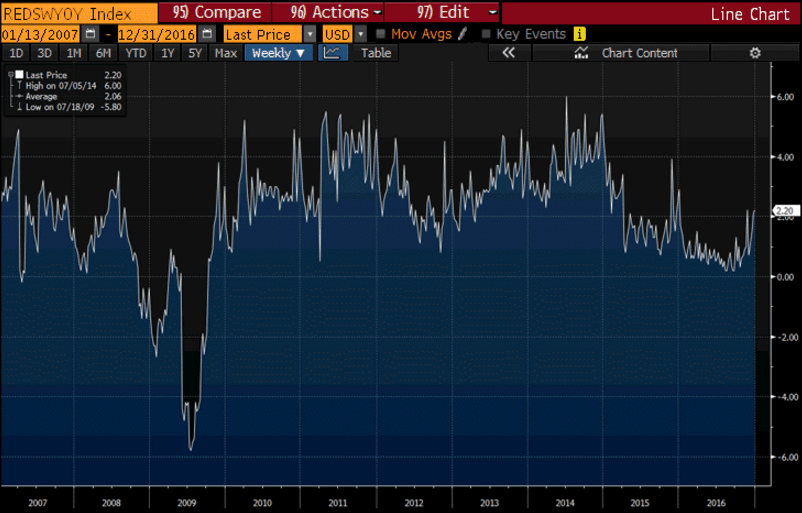 Jan 4 (CNBC) – While the restaurant industry struggled with weak sales and traffic throughout 2016, it seems that December, in particular, had the worst same-store sales growth of the year. 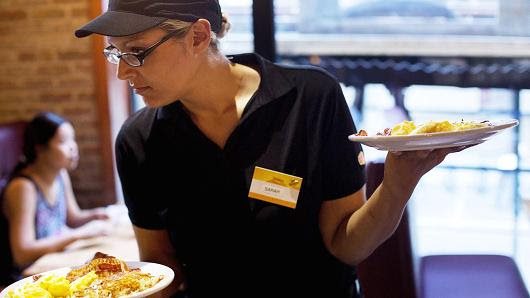