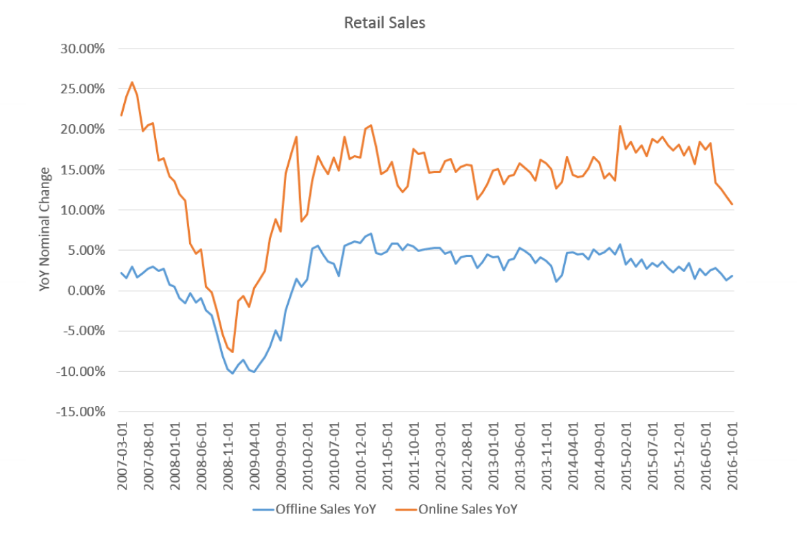 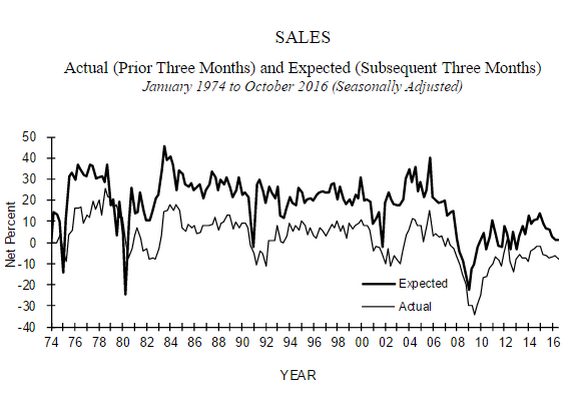 Trump won largely because people couldn’t bring themselves to vote for Clinton, and not so much because anyone like him or his presumed agenda. And along the way he destroyed the Republican party, which may or may not sit
so well with Republicans in Congress.

So it’s not like he has a mandate to do anything or that he can rely on Republican support for anything.

Regarding his proposed tax cuts, under current law bills can’t be introduced in Congress unless they are ‘paid for’, so, for example, to introduce a tax cut it has to be paid for by spending cuts. Yes, Congress could change the law or override
it but that would require Senate approval, and that takes a 60% majority that Republicans don’t have.

So my point is that at best it’s going to take a very long time to get anything done. And the way all the charts are decelerating it could all get pretty ugly waiting for the kind of fiscal adjustment needed to reverse course.