Miles driven had been rising. Fuel efficiency is part of this decline but probably more to it: 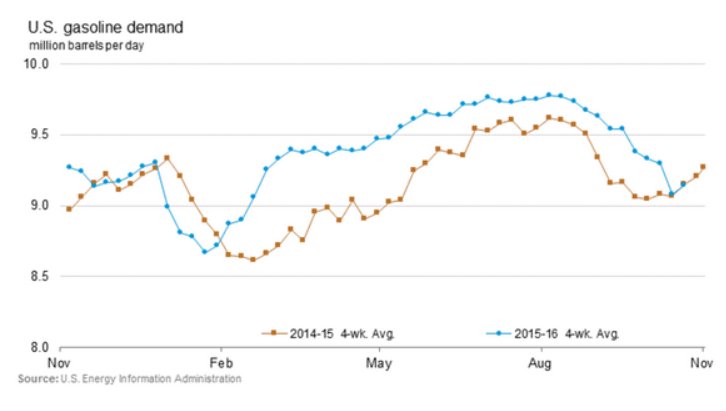 From yesterday’s durable goods report. GDP is about shipments: 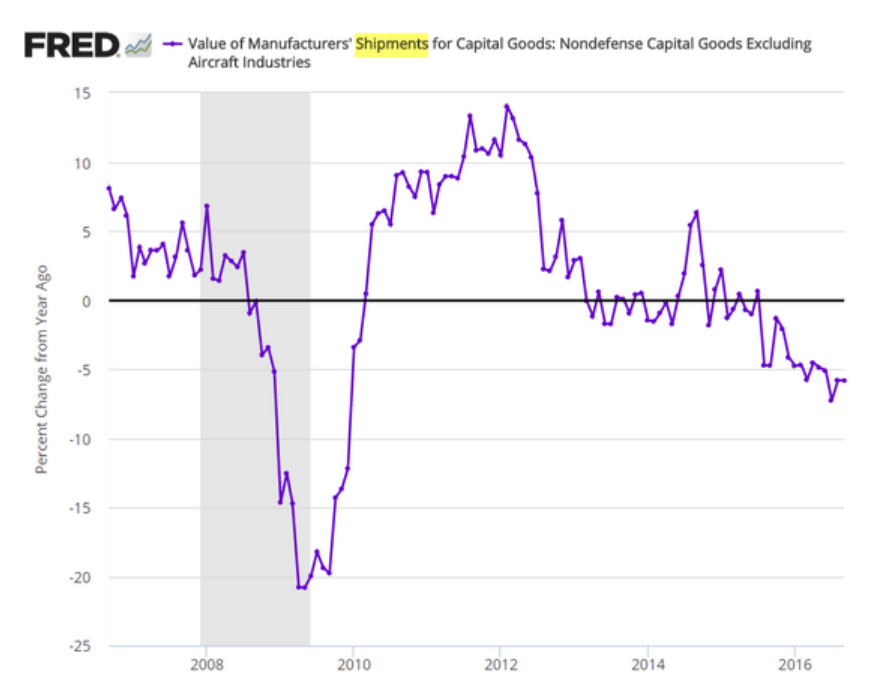 As per the chart, this series is not doing well: 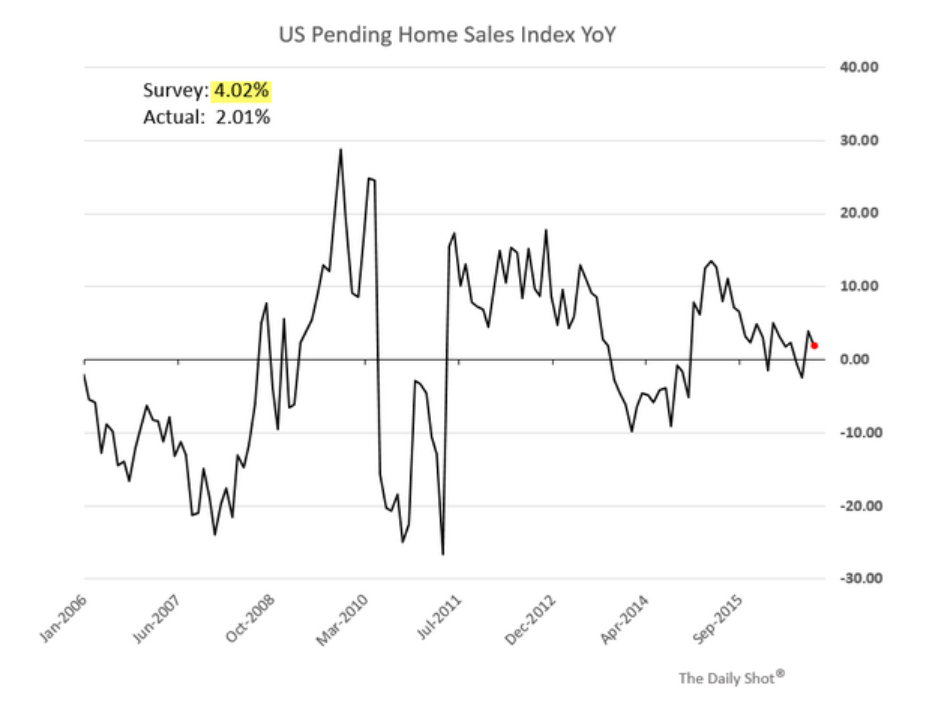 A surge in soybean exports likely helped to shrink the trade deficit in the third quarter. As a result, economists expect that trade contributed a full percentage point to GDP growth in the third quarter after adding a mere 0.18 percentage point in the April-June quarter. There are concerns that the soybean-driven export growth spurt could reverse in the fourth quarter.