Week 49 of 2015 shows same week total rail traffic (from same week one year ago) declined according to the Association of American Railroads (AAR) traffic data. Intermodal traffic returned to contraction year-over-year, which accounts for approximately half of movements and weekly railcar counts continued deeply in contraction.

So who would’ve thought all that ‘monetary stimulus’ wouldn’t work???
;)

Dec 17 (Bloomberg) — China’s economic conditions deteriorated across the board in the fourth quarter, according to a private survey from a New York-based research group that contrasted with recent official indicators that signaled some stabilization in the country’s slowdown.

National sales revenue, volumes, output, prices, profits, hiring, borrowing, and capital expenditure were all weaker than the prior three months, according to the fourth-quarter China Beige Book, published by CBB International. The indicator is modeled on the survey compiled by the Federal Reserve on the U.S. economy, and was first published in 2012.

The survey shows “pervasive weakness,” Miller wrote in the report. “The popular rush to find a successful manufacturing-to-services transition will have to be put on hold for a bit. Only the part about struggling manufacturing held true.”

After efforts including six interest-rate cuts since late 2014 failed to revive growth, policy makers are switching focus to fix problems like overcapacity on the supply side. President Xi Jinping — seeking to keep growth at a minimum 6.5 percent a year through 2020 — is juggling short-term stimulus with long-term prescriptions to avoid the middle-income trap that has ensnared developing nations after bouts of rapid growth before they became wealthy. 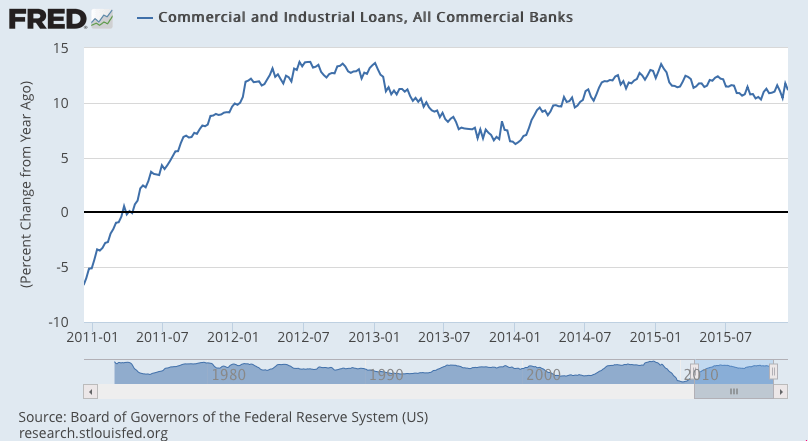