First, note that the year over year growth rate has been decelerating since the oil price collapse: 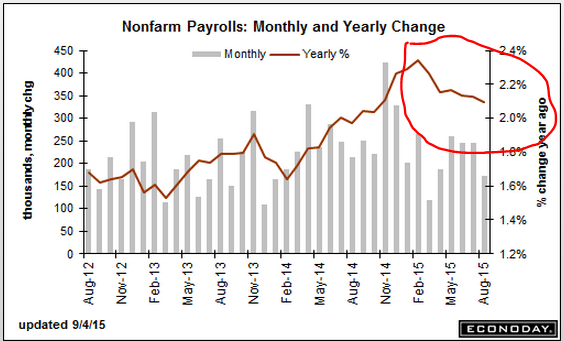 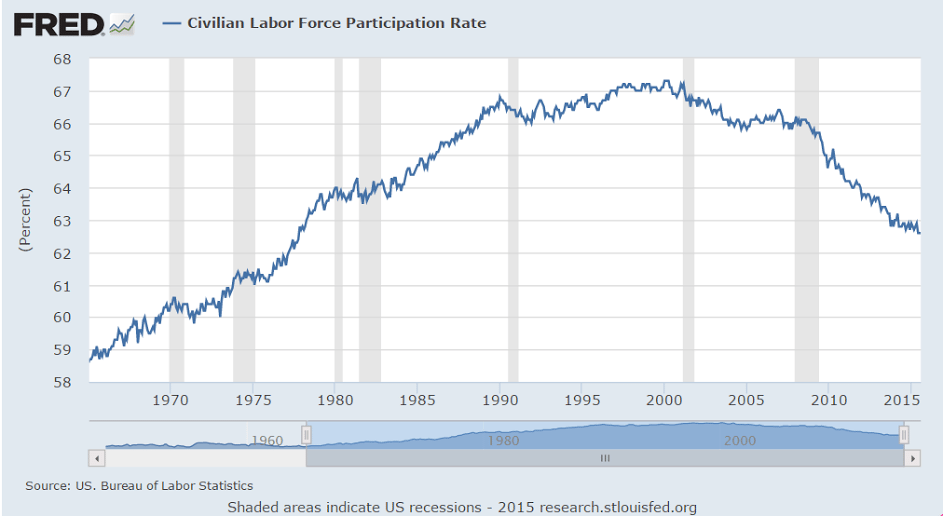 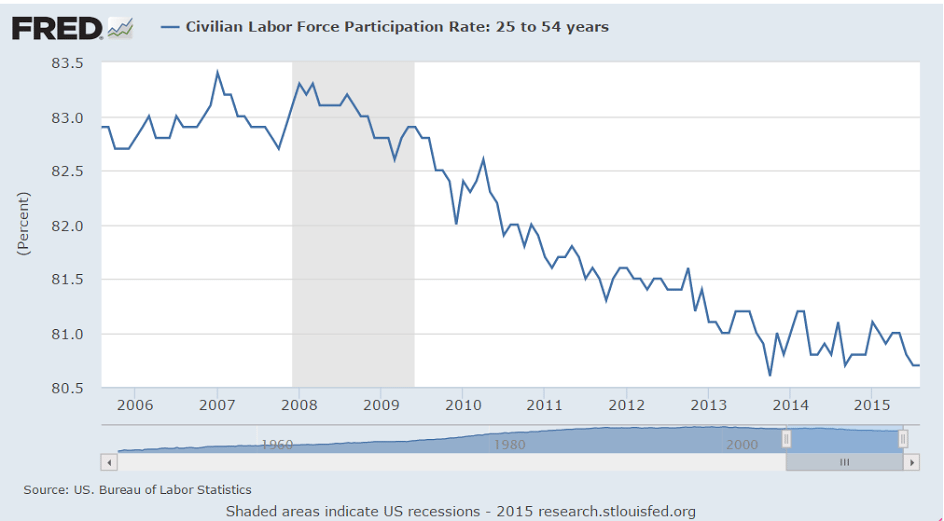 This remains depressed, and is not adjusted for inflation, also indicating the same lack of aggregate demand: 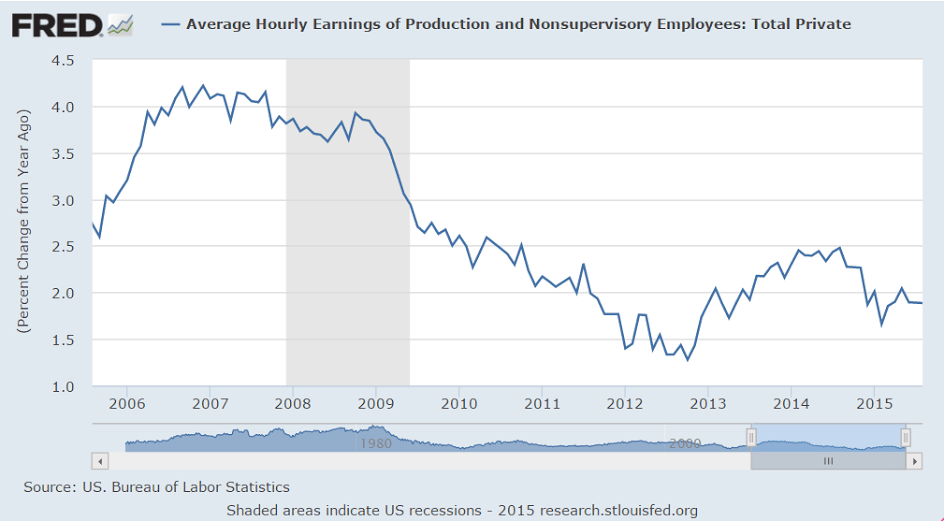 Again, note the reference to weak exports, which leads me to expect either prior export reports to be revised lower or new releases to gap down.

And the decline of the growth of private payrolls since the oil price collapse speaks to the underlying economic strength as well:

Highlights
The headline may not look it but there’s plenty of strength in the August employment report. Nonfarm payrolls rose only 173,000 which is at the low-end estimate, but the two prior months are now revised up a total of 44,000. The unemployment rate fell 2 tenths to 5.1 percent which is below the low end estimate and the lowest of the recovery, since April 2008. And wages are strong, with average hourly earnings up 0.3 percent for a 2.2 percent year-on-year rate that’s 1 tenth higher than July. Debate will definitely be lively at the September 17 FOMC!

Private payroll growth proved very weak, at only 140,000. Government added 33,000 jobs vs July’s 21,000. Manufacturing, held back by weak exports and trouble in energy equipment, shed a steep 17,000 jobs followed by a 9,000 loss for mining which is getting hit by low commodity prices. A plus is a 33,000 rise in professional & business services and a respectable 11,000 rise in the temporary help subcomponent. This subcomponent is considered a leading indicator for long-term labor demand. Retail rose 11,000 with vehicle dealers, who have been very busy, adding 2,000 jobs following July’s gain of 11,000.

The participation rate remains low, unchanged at 62.6 percent. Other details include a 1 tenth downtick in the broadly defined U-6 unemployment rate to 10.3 percent. The workweek rose to 34.6 from 34.5 hours.

Seasonality, especially the timing of the beginning of the school year, always plays an outsized role in August employment data which are often revised higher. Policy makers are certain to take this into consideration at this month’s FOMC. There’s something for everybody in this report which won’t likely settle expectations whether the Fed lifts off or not this month. 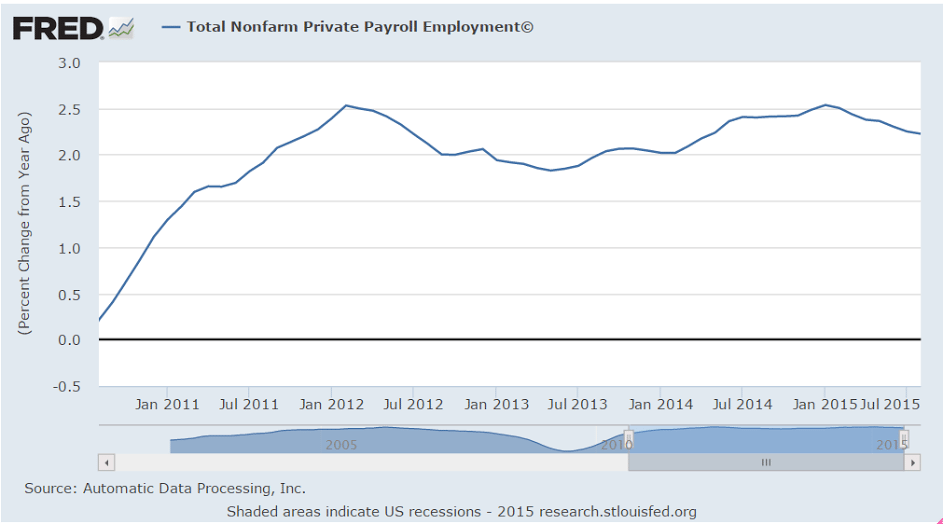 So is this the ‘some improvement’ the Fed is looking for before hiking? ;)

Nor is there any (floating exchange rate) theory or evidence that any of this is a function of rates the way the Fed acts as if it is. But that’s another story…