So this was a good monthly employment report? 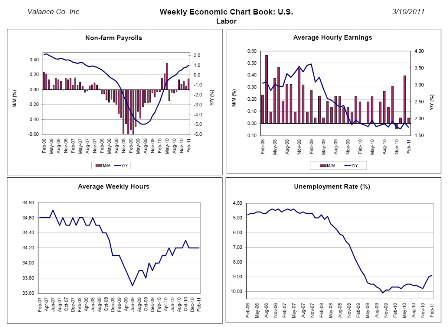 Ok, there were a few new jobs, but not nearly as many as there used to be each month a few years ago, in an economy a lot closer to full employment, with a much smaller output gap, and one that was considered only modest at the time.

And average weekly hours remain a lot lower than before, indicating businesses have room to increase productivity/add output without adding staff.

The fall in the unemployment rate has been substantially helped by the decline in the labor participation rate, below, meaning more people are out of work aren’t included as unemployed as they are no longer looking for work. 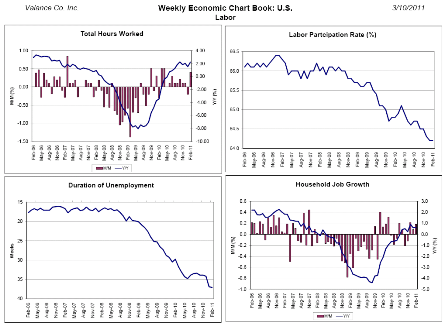