We went off the gold standard in 1934 and solvency was never again an issue for the Federal government.

Those ‘sound money’ people were wrong then and are wrong now as taxes function to regulate aggregate demand and not to raise revenue per se.

This cartoon is claimed to be from the Chicago Tribune in 1934. Look carefully at the plan of action in the lower left corner. 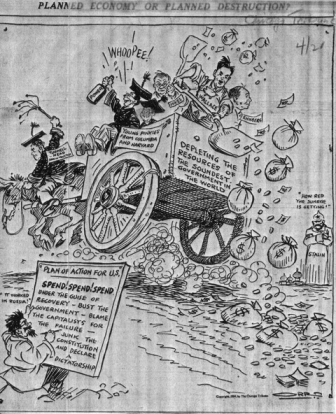